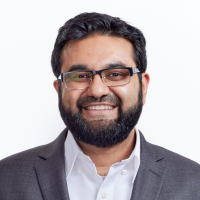 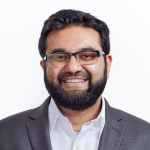 Dr. Musheer Ahmed is the CEO and Founder of Codoxo. He founded Codoxo (formerly named FraudScope) to help make our healthcare system more affordable and effective. Codoxo’s Forensic AI Platform uses patented technology to identify problems and suspicious behavior earlier than traditional techniques, which helps ensure our scarce healthcare dollars go to real patient care. Dr. Ahmed developed this technology as a part of his Ph.D. dissertation at the Georgia Institute of Technology.

A report by the JASON advisory group, the prestigious scientific advisory panel to the US government, reinforced that his doctoral research tackled some of the biggest challenges within the emerging health data infrastructure in the United States. Several media outlets have interviewed Dr. Ahmed for his work in reducing healthcare fraud, waste, and abuse. When he’s not fighting healthcare fraud, you’ll find him volunteering for various causes and spending time with his family.