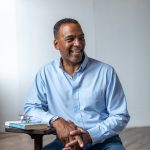 Dr. Emmett Shaffer (aka: “Dr. E”) has served the parenting and mental health communities for more than 15 years as a Licensed Professional Counselor, parenting expert, public speaker, an executive level administrator for a large school district in the metro Atlanta area, and founder of The Parent Pilot.

‍Dr. E grew up in San Diego, California and knows firsthand the struggles students have when they have trouble reading and pronouncing words correctly and the embarrassment it brings when they are called on by their teachers to read or pronounce words. Dr. E was diagnosed with dyslexia not in elementary, middle, or high school, nor after not being able to finish the SAT, but after flunking out of two junior colleges. It was by chance that Dr. E participated in a study at San Diego State University that looked at the use of blue and green color glasses to eliminate the “dancing stars and words” that move across a page while reading. As a result of his participation in the study, it was recommended that Dr. E be evaluated for dyslexia.

After receiving a diagnosis of dyslexia, Dr. E became relentless in his pursuit to find the support he needed to finish college. After receiving this support, Dr. E returned to his third junior college where he completed his Associate’s degree in Liberal Arts and continued his post-secondary work at National University earning a Bachelor’s degree in Business. Dr. E would then return to San Diego State University where he earned a Master’s of Science degree in Counseling and after relocating to Georgia, he earned his Doctorate’s degree in Leadership and School Improvement from the University of West Georgia. In 2005, he also completed one of his childhood dreams of becoming a pilot. As a result of his journey, Dr. E sought out to learn what resources exist to support parents, including those raising children with learning difficulties. During a conversation with his parents about parenting a child with learning difficulties, he remembers his parents saying, “there were no resources available during that time, so we did the best we could do.” Dr. E did not realize at the time, but his parents’ statement would plant the seed for what would later become the catalyst for starting The Parent Pilot and developing the resources, training, and coaching to help parents raise successful children.

Dr E. has been happily married for 29 years and has raised two daughters that have realized success in their own right. One is an event planner in New York City and mother to twins, and the other is a Silicon Valley corporate attorney. His youngest daughter is a high school honors student with a goal of becoming a doctor. Dr. E’s daughters will joking tell you that despite his parenting style, they have still found a way to become successful. As a parent of three daughters and a pilot, Dr. E brings together his love and passion for both parenting and flying, and founded The Parent Pilot as an “all things parenting” organization that helps parents successfully navigate the turbulent but joyous years of parenting.