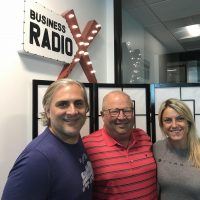 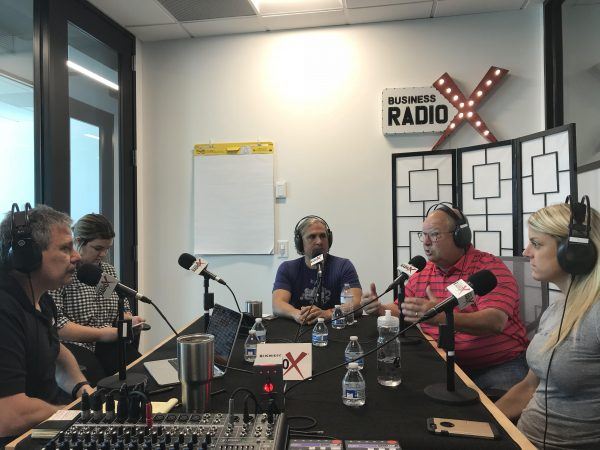 A native of Atlanta, Ashley Francis coupled her love for fitness with an appetite for entrepreneurship to open the first boutique indoor cycling and strength studio in Sandy Springs. Her self-motivated drive to succeed in both sports and business have culminated in her latest venture, TURN Indoor Cycling + Strength Following graduation from Clemson University, a burgeoning career in medical sales led Francis to San Diego where she spent years honing her business expertise and learning the value of customer relationships while promoting a healthy lifestyle. In 2017, drawing upon her business prowess and enthusiasm for wellness, she took a leap of faith and returned to Atlanta to build a place with everything she craved: intensity, inspiration, and a community of hard working hustlers getting an empowering workout. That place is TURN Studio. Francis is a powerhouse of positivity and hopes to build positive change in the lives of her clients through inclusive motivation, engaging fitness classes and active charitable involvement within the Sandy Springs community. She is certified through Stages Cycling and an international presenter and trainer. A respected leader in the boutique fitness industry, Francis is a living, breathing example of taking your passions seriously without taking yourself too seriously.

Craig Miller, Executive Producer Respected filmmaker and founder of Craig Miller Productions in Atlanta, Craig Miller has produced award-winning productions for an extensive list of Fortune 500 clientele for over 30 years. Craig’s long-term relationships with companies like The Coca-Cola Company, Delta Air Lines, AGCO, UPS, U.S. Army, Children’s Healthcare of Atlanta, Ronald McDonald House Charities, and Georgia Tourism are a testament to the company’s creative and technical capabilities. In 2015, Craig was named Chairman of the Georgia Film, Music, and Digital Entertainment Commission by Georgia Governor Nathan Deal. He is a proud member of the Producers Guild of America. He is the past president of the Georgia Production Partnership (GPP), the grassroots organization responsible for establishing and maintaining Georgia’s film incentive. Serving it that role from 2005 – 2009 and again from 2011 -2015. Craig has completed two feature films and one TV pilot since 2016.

A pioneer of Atlanta’s prominent dining scene, Pano I. Karatassos is executive chef of Kyma, corporate executive chef for Buckhead Life Restaurant Group, and author of a forthcoming, Greek-inspired cookbook that will debut in fall 2018. With more than 25 years of experience in the restaurant and hospitality business, Karatassos’ decorated career has shaped him into celebrated talent in the culinary industry. Karatassos grew up in the kitchen – from watching and listening his Yiayia (grandmother) work magic with Greek recipes, to cooking in his father’s celebrated Atlanta restaurants as a teenager. From his experience at Pano’s & Paul’s Restaurant, to the Fish Market at Lenox Square and 103 West, Karatassos learned the basic fundamentals of cooking at a young age. His passion for food led him to graduating with a degree in hospitality management from Florida International University in 1993, followed by formal chef training at the renowned Culinary Institute of America. Following his studies, Karatassos started his career under the tutelage of three of America’s best chefs including chef Thomas Keller at Michelin three-star restaurant, The French Laundry in California’s Napa Valley, chef Jean-Georges Vongerichten at The New York Times four-star reviewed Jean-Georges in New York City and chef Eric Ripert at Michelin three-star restaurant Le Bernadin in New York City. After five years working in these prestigious kitchens, Karatassos’ culinary journey came full circle when he returned to his fine dining roots in Atlanta working for the company founded by his father, Buckhead Life Restaurant Group. In December 2001, Karatassos and his family opened Kyma, an upscale Greek restaurant featuring contemporary and traditional Greek food, with special emphasis on seafood from the Aegean Sea. In a short time, Karatassos’ cooking garnered much national attention for the restaurant, including being named one of the top 20 restaurants in the country by Esquire in 2002, in addition to coverage in Food & Wine, Food Arts, Gourmet, Wine Spectator, Wine Enthusiast, Nation’s Restaurant News, Cooking Light and In Style. Locally, the Atlanta Journal-Constitution featured Kyma on its top 10 best restaurants list three years in a row and recognized the restaurant with a four-star review. Internationally, Kyma received praised from noted Greek author, celebrated food critic and television host, Diane Kochilas, in Greek publications including Ta Nea, Odyssey, Vogue Greece and Keresma. Fast-forward 17 years later, recognition continues to grow for Karatassos’ modern take on Greek cuisine – a combination of respect for his intense French training while staying true to his roots and authenticity of Greece. In addition to his role as Kyma’s executive chef, Karatassos is also corporate executive chef for Buckhead Life Restaurant Group, which has since expanded into Florida with restaurants in Boca Raton, Miami Beach and Fort Lauderdale. In fall 2018, Karatassos will release his first cookbook dedicated to authentic and approachable Greek cooking, with a special wine section developed by his cousin Sofia Perpara, one of the world’s leading authorities on Greek wines, and photography by acclaimed food and art photographer Francesco Tonelli.