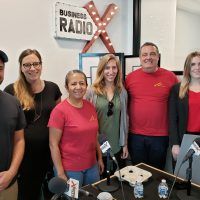 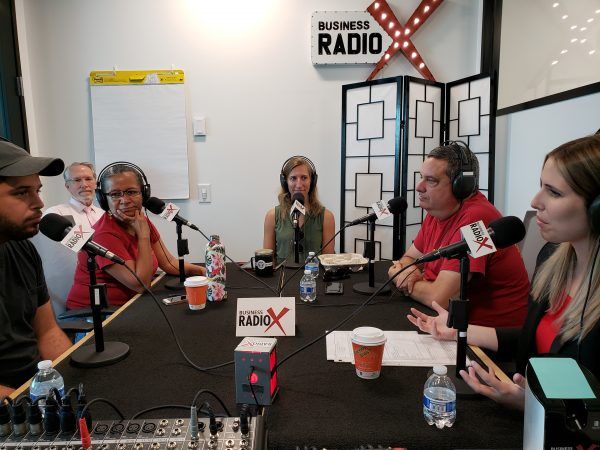 Robin Chanin is the co-founder and executive director of Global Growers Network, a Georgia-based nonprofit social enterprise that creates pathways for talented farmers to contribute their agricultural skills to our local food system through a network of farms and gardens around metro Atlanta. Prior to Global Growers, Robin worked in nonprofit project management, organic agriculture, and educational curriculum development.

Robin serves on the Board of Directors and Executive Committee of The Common Market Georgia, a mission-driven food distributor and social enterprise. Robin also provides technical assistance to agriculture projects around the country through the National Incubator Farmer Training Initiative and serves on the Advisory Board of the Southern Sustainable Agriculture Research and Education program.

A graduate of Emory University, Robin has continued her love of learning by participating in LEAD Atlanta Class of 2015, Village Capital Atlanta, the Georgia Organics Farmer Mentor Program, and the Georgia Organics Urban Agriculture Training Program. Robin is a member of several community groups that advocate for farmers, refugees/immigrants, and environmental stewardship.

Not one to excel at sitting still, Robin’s hobbies include paddling rivers, sailing oceans, climbing mountains, and cycling cities, along with growing, cooking, and eating fresh food.

Connect with Desiree Fowler on LinkedIn.

Buenos Dias Cafe is a Fresh Latin Food restaurant operating in downtown Atlanta. Owned and Operated by the Husband and wife team of Jeannette and Kenneth Katz, Buenos Dias has been a healthy food staple to the downtown community since opening in 2013.

Now the team is expanding to open La Bodega @met Atlanta near the West End Marta station. As well as a few popup sites in and around the downtown area.

“He may sound like an earthier, cleverer Ben Harper, but musically Dalton suggests mid-’80s Prince in the way he defiantly straddles so many styles, requiring an enormous musical arsenal to get his point across. These juxtapositions of sounds and style rarely feel forced or even deliberate, courtesy of Dalton’s soulful vocals and incisive songwriting.” – PASTE MAGAZINE

Micah Dalton began erecting signposts to chart the course of his musical progression back in 2004 with his pop-inflected full-length debut, These Are the Roots. Next came 2006’s seven-song Advancement EP, which displayed moments of kinship with Donny Hathaway and Marvin Gaye, but was anything but an exercise in imitation. In countless clubs, theaters, coffeehouses and colleges east of the Mississippi, Dalton has shared the stage with a variety of national acts.

In 2007, he also signed on with unique Athens-based nonprofit indie Rebuilt Records. In 2012 Dalton released “Blue Frontier,” collaborating with some of Nashville’s most celebrated songwriters – Trent Dabbs, Liz Longley, and Drew Holcomb.The momentum is continually building as Dalton is set to release cabin sessions through thisislvmusic in 2019.

Grace Hayden is dedicated to building comprehensive wealth management strategies to suit each of her clients’ financial paths. By establishing and maintaining good relationships with her clients, Grace is able to set up her clients’ accounts based on their needs, goals, and objectives.

In addition to being a familiar face around Atlanta Planning Group, after obtaining two bachelor’s degrees in Economics from the University of Venice – Ca’ Foscari and Georgia State University, Grace went on to work for some of the most well-known names in the financial industry, including Jackson National and Invesco, a global asset manager headquartered in Atlanta.