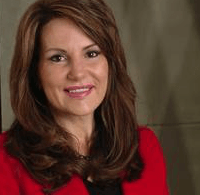 The 2013 Digital Ball is in the history books. Everyone had a great time and a lot of money was raised for TechBridge. Congratulations to James Franklin, Carrie Bates Hastings and the entire team at TechBridge along with a huge team of volunteers. This was a special night and you made it so.

Booth 61 had the privilege of broadcasting live during the opening reception. We interviewed leading technologists who have been at every Digital Ball and those who were attending for the very first time.

I was thrilled my long term friend, mentor, and coach Becky Blalock visited Booth 61 during TechBridge’s 2013 Digital Ball. What can I possibly say about Becky Blalock that has not already been said many times. Becky is the former Global CIO of The Southern Company and has held more volunteer leadership positions than anyone I know. I have had the privilege to serve under Becky when she was the Chairman of the Board for Leadership Atlanta and the IT Initiative for United Way. An advocate for women and children, Blalock was recognized as a Power Woman by Atlanta Woman Magazine and received the Shining Star Award from the Atlanta Women’s Foundation. Blalock was also honored with the 2011 Legacy Award from Women in Technology and the Honorary Lifetime Achievement Award from the Georgia CIO Leadership Association. A graduate of Leadership Atlanta and Leadership Georgia, she was named a Fellow of the International Women’s Forum Leadership Foundation in 2001.

I know you will enjoy hearing Becky share her thoughts on TechBridge, The Digital Ball and her new book, DARE. You can pre-order DARE on Amazon now. You do not want to miss this book: Dare: Straight Talk on Confidence, Courage, and Career for Women in Charge