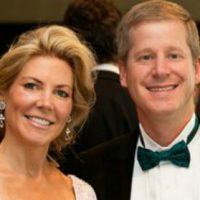 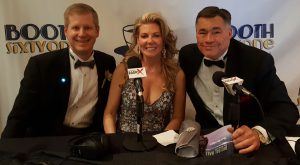 What a Special Treat for me to have two wonderful friends, technology icons and the Co-Chairs of  the TechBridge 2016 Digital Ball visit Booth 61 with Ricky Steele on Saturday night, May 7th. I have known Bryson Koehler and Janet Sherlock for many years and I promise you, they don’t make folks better than these two. Bryson and Janet are both super successful and well respected as the CIO of The Weather Channel and Carter’s. Even more so, they both have huge hearts for our community. Despite working long hours leading their technology teams, they commit hundreds of additional hours each year to a diverse group of not for profits. TechBridge and our entire technology community owe them both a great debt of gratitude. Although final numbers have not officially been announced, I believe that over 1.2 MILLION DOLLARS in cash and in kind was raised on May 7th at the 2016 Digital Ball. It would not have been possible without the tireless effort of Bryson and Janet. As a result, somewhere between 7 and 10 million people will have their lives improved in 2016 through the hundreds of not for profit agencies that TechBridge serves. I hope you will listen to their interview and whether you know them well or not, send them an email or a thank you note in appreciation of their dedication for co-chairing the 2016 Digital Ball.