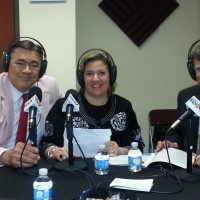 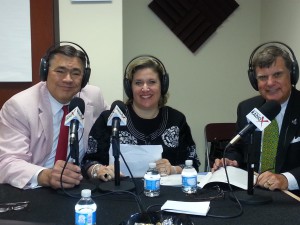 The Leadership Institute at Columbus State University is a change agent for creating better leaders. One of the many initiatives of the Institute is the upcoming 2014 James Blanchard Leadership Forum. This year’s conference is probably the only conference in the world to include Mark Cuban, Sheryl Sandberg and Sara Blakely. The focus on Entrepreneurial Leadership will be inspiring. In addition, Ronald Heifetz, John R. Ryan, Geoffrey Canada and Marcus Buckingham will all share their wisdom to those gathered in Columbus on August 25th and 26th, 2014. I will be there and I encourage you to register: http://jblf.org. Whether you live in Columbus, Atlanta or the Silicon Valley, this is an event not to miss.

Special shout out to Sandy Ellingson and Jess Jones for joining us in the studio to Live Tweet and help share the message through social media.