Jim Richards: A Builder of Businesses and a Rebuilder of the Collection IndustryTerry Cox
Download Audio 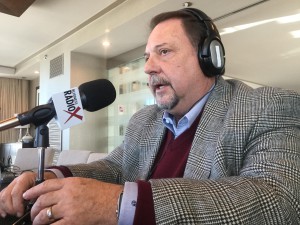 Jim Richards is the current President of the Association of Credit and Collection professionals (ACA).  He is the co-founder and board chairman of Capio Partners, one of the leading healthcare debt buyers in the U.S., and previously held key executive roles with significant industry leaders including GC Services, Medaphis, and Attention, LLC, a start-up that eventually became West Asset Management.

Jim has just recently launched a new organization, the Institute of Collection Leadership (ICL), an assembly of the larger agencies, asset buyers and law firms. Jim’s primary goal for the ICL is to use the “time, talent and treasure” of these large organizations to find new and meaningful ways to influence and change the perceptions on how the industry is viewed.

Here is a glimpse of what Jim shared in the interview.

Today’s regulatory environment is much more information driven. It is essential for the industry to get its hands around “real validated data” and be able to specifically measure the changes. It will take specific, supportable data as evidence of changes to truly affect the broader perception of the collection industry.

I’m talking about changing the reputation of the industry. Years ago, having a negative perception of a collection company was probably not so bad. It helped people pay their bills.  They were concerned about being in collections but the world has changed.

At GC Services we coined the term “Early Out” back in 1981. At that time we weren’t being paid commensurate with the results we got on “In House” accounts and we were under the purview of the client. So when challenged by their sales department to continue working those accounts, , we said, ‘No, if you want those early accounts worked, you’re going to have to take them out and work them in our shop, so we can manage them ourselves, and voila, “Early Out”. Later we sold American Express on their first ‘Early Out’, then GE.

You’ve got to care for people. It’s all about people. Whether it’s your clients, your employees or your shareholders. You have to keep those three groups happy. But probably what drives me is that I get a kick of doing things that are difficult or other people haven’t done.

Hosted by Michael Flock, Chairman & CEO of FLOCK Specialty Finance, Capital Club Radio provides a forum for leaders in the middle market segment which has typically been underserved by traditional banking.

Capital Club Radio provides listeners an opportunity to gain valuable business insights and perspectives to deal with market uncertainty. Topics will include: key success factors, both personal and professional, dealing with adversity, outlook for the industry and your business.