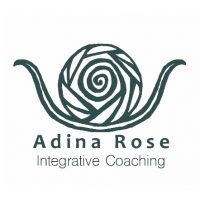 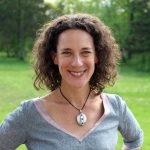 Adina Saperstein is a multidisciplinary practitioner, facilitator, teacher, coach and homesteader, driven by a commitment to help others build rich, vibrant and sustainable tapestries of life, livelihood and community, anchored in ancestral wisdom and values.

For over a decade she rose up through an exciting, successful career in the field of international economic and community development, working in twenty countries in sectors ranging from horticulture to hospitality to post-conflict recovery. In her mid-30’s, burned out, disillusioned, and craving deeper purpose, she left her full-time consulting career and, with the guidance of yoga and meditation teachers, healing arts practitioners and coaches, began to strip away the veneer of success and accomplishment she uncover what lay beneath.

Adina is a student of a constellation of teachers who guide her to deepen her personal and ancestral healing and growth, and to transmit what they’ve taught through her own offerings.

Her practice with clients integrates Transformational Coaching and Yoga Therapy, which help her guide others through big life changes with courage, integrity and grace.

She is also certified in and has taught Hatha, Vinyasa, Kundalini and Pre-natal yoga; Yoga for 12-Step recovery; and mindfulness-based meditation, all of which she passes on with discernment and deep reverence for the lineages from which they have been received. She is also currently pursuing a Masters of Mental Health Counseling, with the aspiration of integrating all of these modalities in a more holistic, accessible manner.

When she’s not working with inspiring people you’ll find her hiking, cycling, gardening, cooking, playing with clay, and exploring in the Hudson Valley and far beyond with her amazing partner in crime and growing family.

Connect with Adina on LinkedIn.