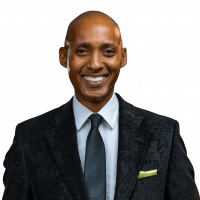 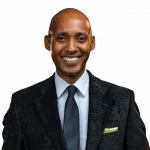 Frank Kitchen, With Frank Kitchen Enterprises, is working with Organizations that want their People to breakthrough the mental and physical barriers that prevent them from living the dreams they hunger for.

He has been blessed to work in-person and virtually with professional associations, major corporations, schools, colleges, universities, nonprofits, and civic organizations around the world. He never imagined his stories of success and failure could empower audiences around the world to transform their personal and professional dreams into reality.

His dream of living the life of a full-time speaker and entrepreneur became a reality on June 17, 2015. It was Father’s Day Weekend and he had just been fired by his employer. His son was 2 years old and his wife was 7 months pregnant with our daughter. He questioned how he was going to provide for his family.

That weekend he committed to living the dream he had been “talking” about for 8 years. He would apply the knowledge and skills he gained as an Entertainer, College Student Leader, Award-winning Toy Store Manager, Employee Trainer, Salesperson, Coach, and College Educator to start a thriving business.

With the support of his wife, family, and friends, he developed the “I Live F.R.E.S.H.” recipe he now teaches to his audiences and clients.

When I’m not speaking, he practices what he teaches by coaching Professional Speakers who want to break into the industry; volunteering with the Non-Profit Hustle PHX as a mentor for aspiring entrepreneurs, and raising millions of dollars annually for non-profits as one of the First African American Fundraising Ambassadors/Auctioneers in the world.