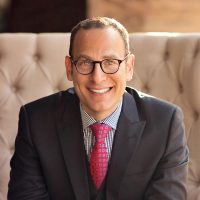 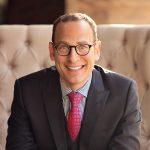 Jon Dwoskin was recently the Chief Operating Officer of The Hayman Company and partnered with the firm in its restructuring. Previously, he was a Vice-President of Investments with Marcus & Millichap, specializing in negotiating the sales of multi-family investment properties.

After selling nearly 5,000 units valued at nearly $250 million, he was named the Regional Manager of the Detroit Marcus & Millichap office. He took over the office in August, 2008, and the recession that followed nearly obliterated us all the following month.

Despite the toll that the recession took, he successfully oversaw more than $4 billion in investment commercial transactions, building the Detroit office into one of the most profitable offices of 76 offices nationwide. He expanded the office to 45 agents by actively working with them to grow their agent teams and increase their bottom lines. He strategized, trained and improved their skill-sets and held them accountable to their business plans.

He was a regional and national trainer, assisted in turning around other branch offices, and was part of the CEO Advisory Committee. At that point, six years had passed and he knew it was time to move on.

Before his successful career in real estate, he created one of the first online marketing companies in the United States. This was one of the first times he remember tuning in to his instincts. The Internet didn’t exist, yet he knew it was going to be huge. Many people thought we were crazy, but he knew we were onto something new, uncharted and very big.

It was 1995. he was 23 years old and leading the sales team. He sold the company in 1997 to USWeb, the largest Internet professional service firm in the world. His brother and him, along with a friend, started this in their parents’ basement, working 100-hour weeks for years.

Being part of the Silicon Valley boom was phenomenal, but looking back, he wishes he took more time to breathe it all in. Everything was moving so fast; he was so young. And he loved every second of it. He’s honored to have been awarded the prestigious Crain’s “40 Under 40” award and to have received the Eastern Michigan University Alumnus of the Year Award, having graduated from there with a double major in Economics and Journalism.

Through it all, he has always had business coaches – as an agent, as a manager, always. Even before he knew about “coaching,” he had advisors to whom he could turn for advice and inspiration to support and fuel the drive he had within him. At times, he has had two coaches. It’s true! In fact, he currently has two coaches and uses co-coaching with other coaches in the industry. It is through coaching that he found his voice, especially when he took over at Marcus & Millichap.

He learned how to more effectively communicate with all the different agents, both locally and nationally, and how to work with and communicate more effectively with the C-level people of the company. He continues to use coaches because they hold him accountable and facilitate his own growth. After all, even us coaches have dreams and aspirations!

He has sat on the board of directors of nearly a dozen organizations in the past 20 years, served as a mentor to many, and continues to do so as his way of giving back and paying it forward. he wants to share one more important thought with you.

As a cancer survivor, he is a mentor with Imerman Angels (imermanangels.org). He is a 16-year cancer survivor (and counting!) with every intention of staying that way. He mentors men who are, unfortunately, going through a very scary experience. When he was going through his own diagnosis and treatment, his mentor was Jonny Imerman. His support was life-changing for him.

He lives in a suburb of Detroit, Michigan with his wife, Joanna, who makes true the old saying that behind every strong man is a stronger woman. She is a nurse and Reiki energy healer when she is not driving carpools, supervising homework, making meals, and raising their kids – all of which she does selflessly.

Their son, Jacob, is an awesome basketball and tennis player with a kind heart. Their daughter, Aria, is an amazing singer, dancer, and pianist with a heart every bit as kind as her brother’s.

When He’s not busy growing businesses or guiding people through their next endeavors, he’s playing tennis or basketball with friends or the kids, skiing, golfing, reading or listening to books, writing, or focusing on self-development.