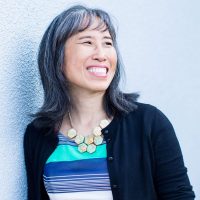 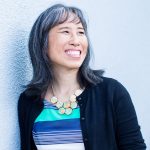 Stephanie Zhong is a brand strategist, story coach, and writer who helps mission-driven entrepreneurs define their irresistible brand stories so they can attract dream clients and grow their influence.

She’s the creator of Own Your Message, the first program of its kind that teaches students how to go from best-kept secret to undeniable authority by mining the hidden gems of their personal and professional experiences.

With over 20 years of experience in digital media, Stephanie has helped clients large and small grow their business with storytelling including Planned Parenthood, Teach For America, education startups, entrepreneurs, and consultants.

Stephanie’s expertise has been featured in Reuters, Washington Post Express, Balance The Grind, VoyageLA, and the You Should Write a Book About That podcast.

Stephanie is a M.A. in Comparative Literature from UCLA, a B.A. in English and African American Studies from Indiana University. She lives in Los Angeles with her husband and is “Steph-Mom” to two almost-adult sons.