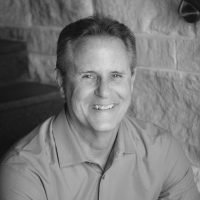 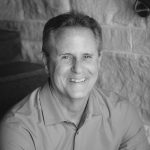 With 35+ years of experience in ownership/C-level executive, sales, operations leadership, and business coaching, Tom Irby have a proven track record of pioneering the road to recovery for businesses who are experiencing challenging cash situations and detrimental business trends; his passion is to assist in the creation of goals and establish a clear, concise plan, then make it happen.

Tom has made a meaningful impact in many forms throughout his professional career including leading financial turnarounds, cultural shifts, navigating business sale conversations, and the cultivation of personal and group excellence through business and life coaching.

Notably, Tom served as the President, CEO for AcuScribe Court Reporters from 2007 – 2014 and navigated a substantial global recession in 2009 by restructuring debt, reducing costs, growing marketing initiatives and the geographic base of the business, and increasing the amount of services offered to the client base. After the recovery from the financial crisis Tom sold AcuScribe Court Reporters to Veritext Legal Solutions, the largest court reporting firm in the world, in late 2014 as their first office in the state of Texas.

Out of the 35 years as a business professional, 17 years were spent coaching, mentoring, and leading 50+ business owners across an array of industries – from startups to companies valued over $30m – with tangible success and a passion garnered from his unique personal experience, resilience in overcoming failures, and the lessons learned along the way. Through a combination of several decades of experience along with being a knowledgeable Traction/EOS facilitator, building a culture of accountability and transparency has shown to produce consistent results.

Other notable ventures include the successful sale of Austin Payfones, Inc. in 1999, the responsibility at Silicon Services Consortium of driving sales growth from $1m to $10m in 3 years, and the effort in taking a PC startup, CompuAdd, and growing it to $500+m over a nine year period.

Tom has a wife, two sons and resides in the outskirts of Austin, Texas. He is a family-man, avid outdoorsman, and a sports fanatic – servant leadership comes naturally to Tom, however, his life experience has allowed him to develop an innate ability to analyze a situation, dive into the details, and provide realistic solutions to challenging problems whether with loved ones or the businesses he serves.

Connect with Tom on LinkedIn.