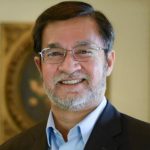 Stephen Krempl, CEO of Winning in the Work World, is an international speaker, best-selling author, facilitator, and corporate communications coach based in Seattle, WA. He has worked with thousands of leaders in more than 30 countries.

He is an expert on helping leaders stand out and get noticed in their organization even in an increasingly virtual and global marketplace. Krempl is the author of five books, including his latest release The 5% Zone, an international bestseller in six countries across multiple business categories.

Connect with Stephen on LinkedIn.