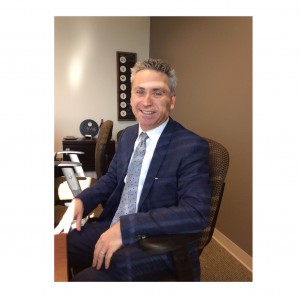 Kevin Greiner, President and CEO of Gas South, has more than 15 years of experience in the energy industry, including prior management roles with Southern Company. He has served as Gas South’s CEO since its formation in 2006.

Under his leadership, Gas South has grown to serve more than 290,000 customers in the metro Atlanta area and added more than 150 jobs over its 10 years in business. Most recently he directed an expansion initiative to begin serving customers in Florida, in-sourced all customer care operations and renovated the corporate headquarters to house all employees in the same location.

Mr. Greiner is a strong advocate for community service both in his business and personal life. In the past 10 years, Gas South has donated more than $3,225,000 to local charities and causes focused on education, social services and arts.  He serves on a number of boards and committees for local non-profits including, the United Way of Greater Atlanta, where he previously chaired the 2012-13 Workplace Campaign bringing in community investments valued at more than $77 million; the Georgia Partnership for Excellence in Education, Georgia’s leading education policy and advocacy organization where he serves as chairman; the Georgia Chamber Executive Committee and the Board of Governors; and the YMCA board.

Mr. Greiner holds a master’s degree in business administration and a master’s of science in natural resource policy from the University of Michigan. He earned his bachelor’s degree from Wesleyan University.