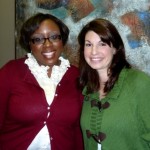 Angela Presley is a second time guest on Eugeria! Radio in Dallas.  Today, Angela brought Fundraising Coordinator Victoria Williams with her to promote the largest MuscleWalk in the nation.  Angela started her careers with the Muscular Dystrophy Association of Greater Dallas.  A Dallas native, Angela went off to school in Lubbock at Texas Tech, and came back.  Victoria is also a Dallas native, and went to a foreign country for school (Oklahoma)!  Angela is the Healthcare Services Coordinator, working with families primarily in a social work capacity.   The Muscular Dystrophy Association is a national voluntary health agency dedicated to conquering more than 40 muscle diseases that affect a million Americans of all ages. MDA combats neuromuscular diseases through programs of worldwide research, comprehensive medical and community services, and far-reaching professional and public health education. On March 5, the MDA will be holding their annual MuscleWalk at Cowboy Stadium.  Though you won’t see the Cowboys in the Superbowl, you might see some celebrities in the stadium at the MuscleWalk!  It will be a great opportunity for families impacted by Muscular Dystrophy, ALS, Parkinsons and other neuromuscular diseases to interact with each other, and witness the heroic effort to raise money for such a worthy cause!  To contact the Dallas Chapter of the MDA, call them at (972) 480-0011, or visit the national website at www.mda.org.  Again, mark your calendars for March 5, 2011 for the annual MuscleWalk at Cowboy Stadium! 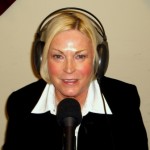 Patti Fehlig is from a small town in Missouri.  A really small town.  In fact, she tells us that one of her high school teachers walked down the hall where her mother was teaching first grade to tell her mother that her daughter was holding hands with a boy in class (we’re not sure if she married him or not)!  Being a somewhat rebellious child, Patti decided not to follow in her parents’ footsteps as an educator.  She attended Central Missouri State College (now University of Central Missouri) to get her Bachelors Degree in Social Work.  She never wavered from her intent, later receiving a Masters in Social Work from the University of Georgia.  Having worked as a social worker for a home health company early on (StaffBuilders), and then as an executive director for two different assisted living communities, she finally found her home working in hospice.  Two years ago, Patti joined Longleaf Hospice to work with her friend Carla Pfirman.  Today, Patti is the Community Relations Coordinator for Longleaf, and she loves her job.  She tells us that Longleaf Hospice’s focus is on provided high quality, individualized care.  To contact Patti or find out more information about Longleaf Hospice, call (770) 939-9179, or visit them on the web at www.longleafhospice.com.