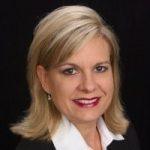 Shelly Pair joined Childrens Lighthouse Learning Centers in April of 2019 and is a seasoned professional with a passion for early childhood education.

She has 26 years of experience in operations, early education, and franchise industry leadership.

Prior to her role as Vice President of Operations at Childrens Lighthouse, Pair served in executive roles at two early childhood education systems and a healthcare provider.