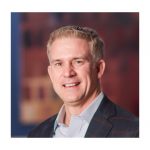 He joined Buzz Franchise Brands in 2015 and served also as the COO of Mosquito Joe until it was sold to Neighborly in 2018. He previously worked as a management consultant for McKinsey & Company in Washington, D.C.

He is a Boston-area native who graduated from the U.S. Naval Academy and The Wharton School, and served over 20 years as a Naval officer in various leadership roles in naval aviation, including command of an F-18 squadron.