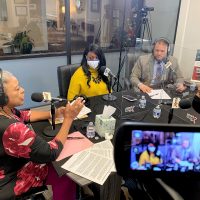 Let’s Continue the Conversation: A Discussion on Race and EqualityMike
Download Audio 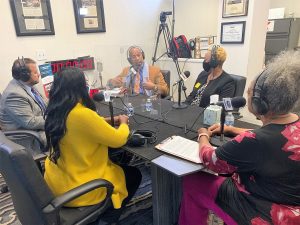 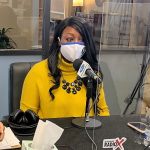 Nicole Love Hendrickson is a mom, social worker, and community advocate. She is no stranger to the Gwinnett Community. She has dedicated nearly 15 years to serving the citizens of Gwinnett County in many different capacities and has led efforts to ensure that a diversity of voices were reflected in decision-making at all levels.

She co-led the strategic grassroots and community planning efforts during her 8-year tenure with the Gwinnett Coalition for Health & Human Services. She inspired civic involvement through the Gwinnett Neighborhood Leadership Institute which boasts more than 600 alumni who are ingrained in Gwinnett’s civic infrastructure. She pioneered strategies to enhance small business development through the Gwinnett Unity Group, serving on the front line to establish the county’s first homeless shelter – the Norcross Assessment Center on Jimmy Carter Blvd.

Nicole is a bridge builder and the “go to” person for all things Gwinnett. With a global community represented by more than 100 countries around the world, she has revolutionized the way in which Gwinnett County and other local governments interact with its residents. She led the charge to build a government that is equitable, inclusive and people-focused. She believes that this is an essential element to good governance.

As the newly-elected Chairman of the Gwinnett County Board of Commissioners, she believes in the Gwinnett of the future – where government looks like and understands the needs of ALL its residents; a place where people flock to because of diversity and forward-thinking government; and a place where all residents can work and succeed without fear. Nicole believes that she can best represent the voice, values, and needs of the next generation. She is committed to working together to improve the lives of all Gwinnett residents and businesses to ensure a healthy community and a prosperous economy. 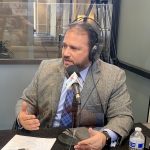 Nick Masino heads the Gwinnett Chamber, one of the largest suburban Chambers of Commerce in the nation, after serving as the Chief Economic Development Officer for the Gwinnett Chamber & Partnership Gwinnett for over a decade. Masino joined the Gwinnett Chamber in 2007 and has served in the key economic development leadership role for the past 12 years. He oversaw the business recruitment and retention efforts for Gwinnett, as well as the implementation of the Partnership
Gwinnett Strategy. To create this community-focused economic development (ED)
organization, Masino worked with public and private leadership to commission ED studies
in 2011 and 2016; and spearheaded the implementation efforts of the initial plan in 2007 –
which has since brought approximately 250 company expansions or relocations, more than
23,000 new jobs, and more than $1.7 billion in investment to Gwinnett.

Masino’s economic development career began in February 2007, when he accepted his current role, but he was no stranger to the field. In December 2007, he ended his second term as mayor of the City of Suwanee having been one of the youngest mayors in Georgia’s history. During his tenure as mayor, the city of Suwanee embarked on a comprehensive economic and community development project highlighted by the construction of a 24,000 square foot City Hall and the popular 65-acre Suwanee Town Center, which led Suwanee to be named a CNN-Money magazine’s Top 10 Town in America. Prior to his position with the Gwinnett Chamber, Masino spent 12 years in the recruiting and staffing industry. 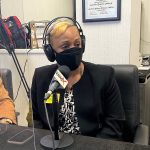 Njeri Boss is a graduate of the Dekalb County school system. She has a BA in Journalism from the University of Iowa and a Law Degree from California Western School of Law in San Diego, California. After her undergraduate work, Njeri worked as a reporter for several years before attending Law School. After Law School, she was a practicing attorney for about 12 years.

In 2016, Njeri joined Waffle House as a Manager Trainee and rose up in Operations to the District Manager Level before transitioning to the Corporate Office in August of 2019. There she initially joined the Training Department as a Special Projects Coordinator. In December of 2019, she was selected to become Waffle House’s next Director of Public Relations. 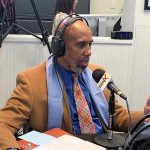 John Pearson Sr. has dedicated more than 35 years to the community as a Law Enforcement Executive. He served as Deputy Director of Police Services with the DeKalb County Police Department. At the time, it was the second largest police department in the State of Georgia. During his 25 years with DeKalb, he used his leadership skills in numerous positions, including SWAT Commander, Drug Unit Commander and Assistant Commander of Criminal Investigations Division.  He also has served as the Assistant Police Chief for Hogansville, Georgia, Chief of Investigations and Deputy Commissioner for the Department of Juvenile Justice.

Chief Pearson is an Instructor for the Georgia Association of Police Chiefs, where he mentors and teaches a class for newly appointed Chiefs. John is a graduate of the FBI National Academy, the US Department of Justice Drug Commander School, the Georgia International Law Enforcement Exchange between the State of Georgia and Israel (GILEE), and a Georgia Peace Officers Standards and Training (P.O.S.T.) Certified Instructor. He is a Dean’s List graduate of Atlanta Metropolitan State College. 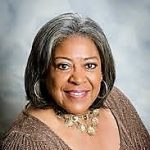 Jocelyn Dorsey retired from Channel 2 WSB-TV after 45 years of service. She had been the Director of Editorials & Public Affairs at Channel 2 since 1983. From 1973-83, Jocelyn was an anchor/ reporter/ producer and assignment editor for WSB-TV’s Channel 2 Action News. In fact, she was the first African-American anchor of a Channel 2 newscast as well as the first African American news anchor in the Atlanta market. Jocelyn was also Executive Producer and regular contributor to People 2 People, a weekly half-hour public affairs program broadcast on Channel 2.

Among her personal honors; Jocelyn was recognized on the floor of the U.S. House of Representatives,
by several members of the Georgia Congressional Delegation for her induction into the Georgia Association of Broadcasters Hall of Fame. She was recently inducted into the Atlanta Press Club Hall of
Fame. She has been awarded the City of Atlanta’s Highest honor, the Phoenix Award, and issued special
proclamations by The Atlanta City Council and the Fulton County & DeKalb County Board of
Commissioners both for her years of service as well as retirement.

Jocelyn has won numerous other awards for her work with WSB-TV, including seven Southeast Regional
EMMYS for Editorial Excellence from the National Academy of Television Arts & Sciences. She was the first African-American inducted into the same organization’s Silver Circle, for more than 25 years in the field of journalism. She was also the first woman and first African-American to receive the Georgia Association of Broadcasters (GAB) Broadcaster’s Citizen of the Year Award, a lifetime-achievement award.

CLICK HERE for the video of this panel discussion. 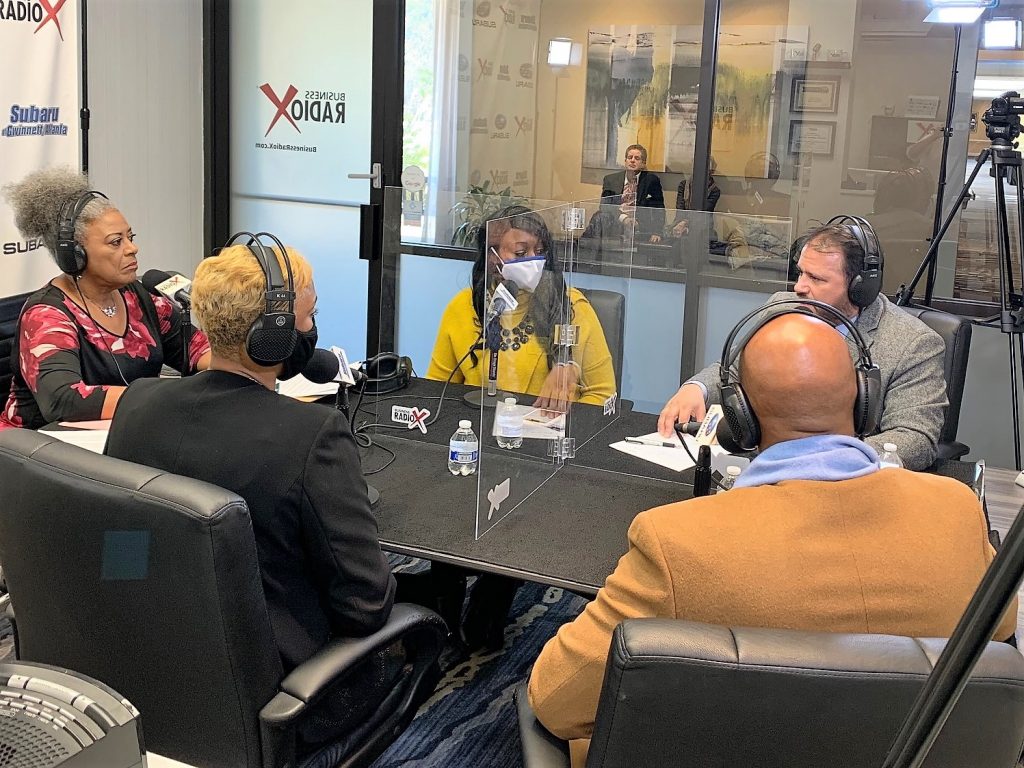