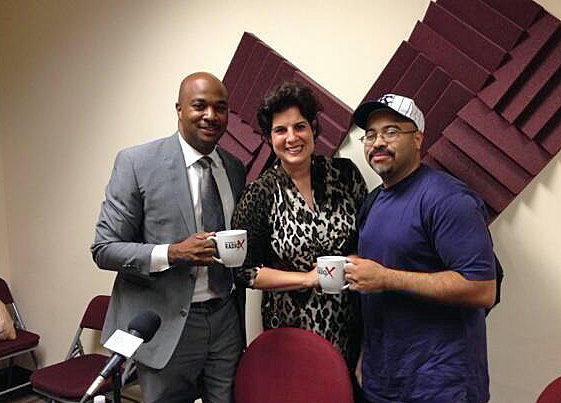 Brent Leary is a crm industry analyst, advisor, author, speaker and award winning blogger. He is co-founder and Partner of CRM Essentials LLC, an Atlanta based CRM advisory firm covering tools and strategies for improving business relationships. Clients include Microsoft, IBM, Oracle, Intuit, SAP and other major technology companies. In 2009 he co-authored Barack 2.0: Social Media Lessons for Small Business.Â  Leary is in the process of writing his next book, “The Amazon Effect: How a New Customer Culture is Creating Crazy New Business Opportunities and Killing Companies That Wonâ€™t Adapt”, due out in 2014.

Recognized by InsideCRM as one of the 25 most influential industry leaders, Leary also is a past recipient of CRM Magazine’s Most Influential Leader Award.Â  He serves on the national board of the CRM Association, on the advisory board of the University of Toronto’s CRM Center of Excellence, and on the editorial advisory board for The Atlanta Tribune.Â  Leary writes regularly CRM Magazine, Inc.com and Direct Marketing News, and serves on the advisory board for Social Media Today.Â  He hosts the “One on One” conversation series at SmallBizTrends.com, and teams up with Paul Greenberg on the CRM Playaz show. Leary also is the organizer of the annual Social Biz Atlanta event.Â  He blogs at BrentLeary.com, and can be found on Twitter @brentleary.

Atlanta City Councilmember Kwanza Hall represents the heart of Atlanta, including the neighborhoods of greater Downtown Atlanta. Hall’s District 2 includes 2 Nobel Peace Prizes (at the King Center and the Carter Presidential Library), the Georgia Institute of Technology and Georgia State University, and the Martin Luther King Historic District. Hall is completing his 2nd four-year term on the Atlanta City Council and he is unopposed for a third term to begin in January 2014. Kwanza and his wife Natalie Hall live in the Martin Luther King Jr Historic District. They have 2 sons, Mario and Marc. You can find Kwanza on Twitter @kwanzahall

After a long career in business development and advertising, Robin decided to launch Social Media Today in 2007 as a way of creating vibrant conversations with thinking people. Then she decided to keep it going by developing a variety of ways for thinking companies to get involved in those conversations.

Social Media Today LLC is the company that also hosts conversations in energy policy, metropolitan planning and sustainability, health care for professionals, and data. Robin is very proud of what her team has accomplished and continues to do every hour of every day. Social Media Today LLC was launched in 2007 as one of the first and still the leading site for social media pros. Robin is bringing the Social Shakeup Conference to Atlanta September 15-17, 2013. More details here. You can find Robin on Twitter @robincarey