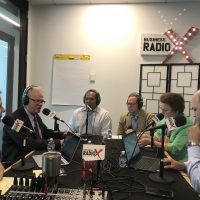 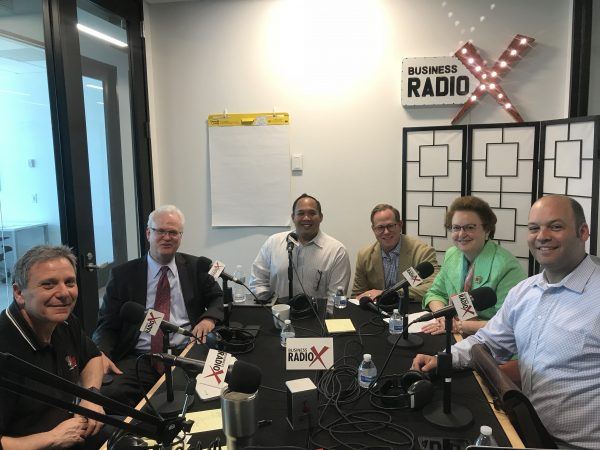 Bio: Mr. Larry K. Williams has been President at The Technology Association of Georgia since 2017 and serves its Chief Executive Officer. Mr. Williams served as the Chief Executive Officer and President of The Beacon Council Inc. until October 31, 2016. Mr. Williams is a recognized leader in economic development, bringing more than 20 years of experience in global branding, international trade and finance, public and industrial policy and administration and management. He is a consensus-builder and communicator with a background in information technology, aerospace, advanced marketing and start-ups, is responsible for leading and further developing and implementing the strategy of the public-private partnership created in 1985 to attract companies to Miami-Dade County.

He began his work at The Beacon Council, one of 36 accredited economic development organizations in the nation, in October 2013 after a nationwide search for a candidate who excelled in economic development as well as inter-personal skills. Mr. Williams’ accomplishments in the public and private arenas combined with his experiences with Latin America and the technology industry permeates his leadership style to drive The Beacon Council and Miami-Dade County to greater competitiveness. He helped shape the vision for Atlanta’s technology industry as Vice President of Technology Development at the Metro Atlanta Chamber (since 2011). He provided leadership and direction to the Chamber’s Mobility Task Force, the effort to position Atlanta as a global hub of mobile technology and the Technology Leadership Council, where he was also recruited after a national search to provide leadership.

In the State of Washington, Mr. Williams garnered a list of special assignments and honors including serving on the Governor’s Global Competiveness Council, where he created and led all processes and committees. The council’s report served as the basis of the state’s new 10-year economic initiative. In 2008, he was appointed by Gov. Christine Gregoire as co-chair of the newly created Washington State Tourism Commission and the following year he was appointed to serve on executive cabinet. As Assistant Director of International Trade for Washington State Department of Commerce, Mr. Williams managed the merger of the International Trade and the Economic Development Divisions of the State Department of Commerce.

His responsibilities increased from managing 14 employees with a $6 million budget to 66 employees with a $130 million budget. He recruited, retained or expanded 692 companies statewide; created or retained more than 17,000 jobs and generated more than $1.8 billion in private investment in fiscal years 2008/2009. He developed and implemented initial sales goals for each team member and exceeded three-year projections by more than 40 percent, documenting more than $43 million in actual sales. Under his leadership, Washington State opened its first foreign offices in Mexico City, Frankfurt, Germany and Guangzhou, Shanghai and Beijing, China.

In his native North Carolina, he rose through the ranks to Director of Operations of the International Trade Division for the North Carolina Department of Commerce. He developed business opportunities for client companies throughout Canada and Latin America. He served as Director of The Beacon Council Inc., until November 07, 2016. He studied in Costa Rica and speaks Spanish. He is a graduate of North Carolina State University and the Darlington School.

Bio: David Katz is a partner in Nelson Mullins Riley & Scarborough’s Atlanta office where he leads the Privacy and Information Security Practice Group. He provides legal advice on matters related to the privacy laws affecting multiple sectors of the economy including retail, financial services, education, healthcare, and technology. He counsels corporate clients on the development, management and oversight of privacy and compliance programs, vendor management programs and assists them in developing policies and procedures, education strategies, implementation of auditing and monitoring controls, reviews of disciplinary and enforcement activities, and risk assessments. His corporate practice includes providing privacy and security due diligence reviews for mergers and acquisitions. He represents client at all stages of incident response from investigation, notification, remediation and defense of litigation and regulatory inquiry.

Startup Catalyst and Head of FinTech at ATDC

Bio: Having spent the past 15 years in New York, Jeff comes to Georgia with the goal of making it a Global FinTech capital. He is a proven dealmaker with international finance and capital markets acumen. Jeff prides himself on being able to quickly identify operational challenges, determine valid solutions, and obtain buy-in from multiple stakeholders.

Most recently, Jeff managed revenue generation operations and capital relationships for TradeRocket, an Atlanta-based startup. In his capacity as CRO and head of capital markets, Jeff led initiatives in Latin America and the United States with key clients, investors, financial sponsors, and strategic partners.

Prior to TradeRocket, Jeff founded Makai Advisory Services, a full-service business development consultancy for the alternative investment sector. It was here that Jeff began his foray into FinTech. Working with an early investor in the marketplace lending space, Jeff researched and became an expert in the FinTech space. Leveraging his knowledge of the operations and hurdles often found in institutional finance, he enabled companies to develop winning strategies. Utilizing his expansive network, Jeff consulted with industry leaders to develop ways in which companies in the two sectors could collaborate.

Jeff began his finance career as part of Salomon Smith Barney’s Sales & Trading Associate Training Program. He subsequently served domestic and international banks on the Financial Institutions Desk prior to joining the Mortgage-Backed Securities sales team. As a specialist in structured credit, he later focused on driving mandates for asset managers in the space enabling more than $5 billion in deal-flow in commercial real estate, leveraged loan, and asset-backed structures. Jeff later joined Cantor Fitzgerald as a managing director. He was a pioneer in Cantor’s foray into the alternative investment space driving critical engagement efforts between hedge fund and fund-of fund clients and some of the world’s most relevant alternative investment allocators. In 2009, Jeff spearheaded the establishment of Cantor’s London-based European Structured Products sales and trading desk.

A veteran naval officer, Jeff has more than 1,500 hours of flight time over combat zones in the Middle East, the Pacific Ocean, and the Mediterranean Sea. He directed flight operations in multiple theaters and was handpicked to represent U.S. interests with NATO allies and other foreign governments and militaries on key strategic and training initiatives.

Jonathan joined EY in 2012 and is a leader in the Financial Services Advisory practice focusing on strategic risk and regulatory affairs. He previously served as a senior policy advisor in the U.S. Department of the Treasury’s Office of Terrorism and Financial Intelligence where he was responsible for developing and implementing global strategies to support US national security policy.

In his current role, Jonathan advises large global financial institutions, including global banks, insurance firms, and broker dealers, on matters related to regulatory compliance and related technology.  He has developed and executed numerous risk assessments for some of the largest banks in the world and has performed compliance assessments at the request of US and UK regulators.  Jonathan has also worked with clients on applying advanced technologies, including robotics, analytics, and machine learning, to automate certain risk functions.  Jonathan regularly contributes insights on the implication of foreign policy matters for EY’s global client base through EY’s Geostrategic Business Group.

Director of Corporate Citizenship and Community at Aprio

Susan is director of business development at Aprio and by all meanings of the word, a connector. By more than virtue of her career, Susan loves meeting and building relationships with individuals from all areas of business. In her roles at Aprio, Susan is responsible for driving business development across all industry sectors serviced by the firm. Susan’s willingness to help companies be successful has led to her own personal career success.

Susan’s specialty lies in the technology and venture capital industries, two industries that go together hand-in-hand. She is known throughout the Atlanta business community for her passion for connections, which resulted in Susan being recognized as one of the Top 50 women you need to know in Atlanta by the Atlanta Business Chronicle, as one of the 100 most influential people in the tech community and as a finalist for the 2012 Turknett Leadership Character Awards.

As the director for civic & community relations, Susan acts as the main point of coordination regarding civic and community activities throughout the firm. Her role is to maintain open communication with civic leaders and community partners, creating good will on behalf of Aprio.