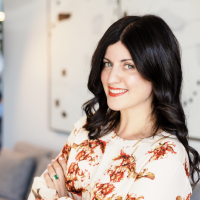 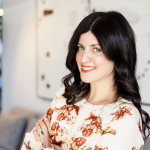 Keren Eldad (“Coach Keren”) is an executive coach and trainer working with media personalities, founders, teams and executives at organizations such as NIKE, Estee Lauder, Salesforce, Twitter and more.

Her mission is to advance teachings that help people cultivate personal agency, a positive self-image, and a strong sense of purpose so they can thrive as individuals and in teams. Keren’s work has been featured in numerous leading media outlets, including: The Harvard Business Review, CNBC, The Today Show, and in 2019, Goop named her one of the 11 life-changing coaches of the year.

Her first Tedx talk, “You Don’t Know What You Don’t Know,” has been viewed over 250,000 times, and her second, “Why You Should Pray for a Midlife Crisis,” will debut at TEDx Harker Heights in 2022. She holds gold-standard International Coaching Federation credentials (PCC) as well as advanced academic degrees from The London School of Economics and the University of Jerusalem.

Keren lives in Austin, Texas with her husband, Ryan, and their four pets.