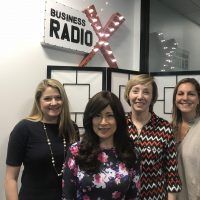 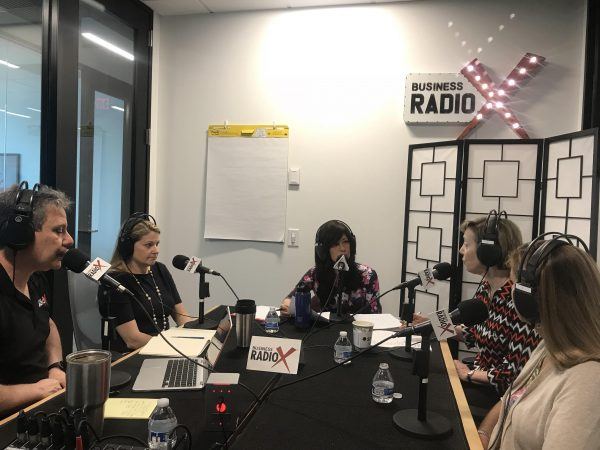 Karen Grinzaid is Executive Director of JScreen, a national online Jewish genetic disease carrier screening program based out of Emory University School of Medicine in Atlanta. Karen has been part of the Emory Genetics team since 1986. She has extensive experience in prenatal, pediatric and adult genetic counseling, newborn screening, and Jewish genetic disease screening. She also serves as Instructor and mentor in Emory’s Masters in Genetic Counseling training program. Karen received her B.A. in Psychology from Northwestern University in Evanston, IL and her M.S. in Human Genetics from Sarah Lawrence College in Bronxville, NY. She is certified in genetic counseling by the American Board of Medical Genetic and in clinical research by the Association of Clinical Research Professionals.

Lynn Goldman is a leader in creating Georgia’s public policies and laws affecting children. She joined Claiborne, Fox, and Bradley in 2014 after building a career as a child welfare lawyer and mediator for the previous 17 years. After experiencing infertility herself in 2002 she was excited to work with other families on their family building journey.

Lynn’s passion for family law began long before attending law school. Upon graduation from the University of Alabama with a degree in Social Work, Lynn worked as a child protection case manager with the Clayton County Department of Family and Children Services. As a case manager, Lynn approved the first same sex adoption in Clayton County in 1994.

Wanting to be a greater advocate for Georgia’s children, Lynn attended law school at the University of Georgia. While at UGA, she published an article on Munchausen by Proxy in the American Bar Association Criminal Justice Journal.

Upon graduation, Lynn began her legal career as an attorney with the Atlanta Legal Aid Society, where she handled a variety of cases including domestic violence divorces, child welfare cases, public benefit appeals and landlord tenant issues. During her years at Legal Aid, Ms. Goldman successfully defended a dependency case before the Georgia Court of Appeals.

From 2005 until 2010 Lynn served as the Managing Attorney for the One Child, One Lawyer Program where she trained, mentored, and supervised attorneys who volunteered to serve as child advocates in dependency cases.

Seeing mediation as a useful tool in domestic and juvenile court cases, Lynn became a registered dependency, delinquency and domestic relations mediator with the Georgia Office of Dispute Resolution. She has been mediating for the past 11 years throughout Georgia.

As Lynn’s reputation for being an effective mediator grew, she was given a grant with the Supreme Court Committee on Justice for Children to promote the use of mediation in Georgia’s juvenile courts. Her grant has been renewed for the past five years. With this grant Lynn has drafted Georgia’s laws on juvenile mediation and developed guidelines and training requirements for juvenile mediators. She has testified before the Senate Judiciary Committee, helped to develop mediation programs throughout Georgia and has trained countless judges, attorneys and mediators on the use of mediation in juvenile court.

On multiple occasions Lynn served as a legal expert and guest commentator for “In Session” television on cases involving child abuse prosecutions. Lynn enjoys spending her free time with her husband and their twins. They are active members at Temple Sinai.

Robin Sangston is Vice President and Chief Compliance & Privacy Officer for Cox Communications, Inc. She leads the company’s Ethics and Compliance organization, which is responsible for the company’s Ethics and Doing Business Right compliance program. In addition, she has responsibility for privacy, antitrust compliance and employment law. In 2015, Cox was a recipient of a MARCOM award – Platinum Winner – for its Code of Conduct.

Robin is passionate about helping people succeed at Cox, in the legal profession and in the community. She recently served as founding co-Chair of Cox’s Women’s Employee Resource Group, which has over 1,100 members, and is the Executive Sponsor of Cox Enterprises’ 25 year-long mentoring relationship with Chamblee High School in Atlanta, Georgia. In addition, she currently serves on the board of the Minority Corporate Counsel Association. She is also board President of Jerusalem House, Atlanta’s oldest and largest provider of free and subsidized housing and wrap around services to HIV/AIDS infected individuals and their families.

Robin has also served on numerous boards that promote diversity, inclusion and equality for everyone, including Women in Cable Telecommunications (WICT), Cable Positive, The Atlanta Legal Diversity Consortium, Page Turners Make Great Learners, the Atlanta Chapter of the Federal Bar Association, and the Boy Scouts of America, Atlanta Area Council, where she focused on the Scout Reach program to bring scouting to underprivileged youth in Atlanta.

Robin is a graduate of the Class of 2014 of Leadership Atlanta.

She has been recognized nationally and locally for her leadership and efforts to advance others by various organizations, including WICT, the Atlanta Business Chronicle and the Association of Corporate Counsel, Atlanta Chapter, Counsel on Call, OnBoard, Womenetics, and the Atlanta Chapter of the Anti-Defamation League.