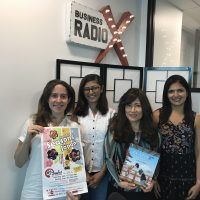 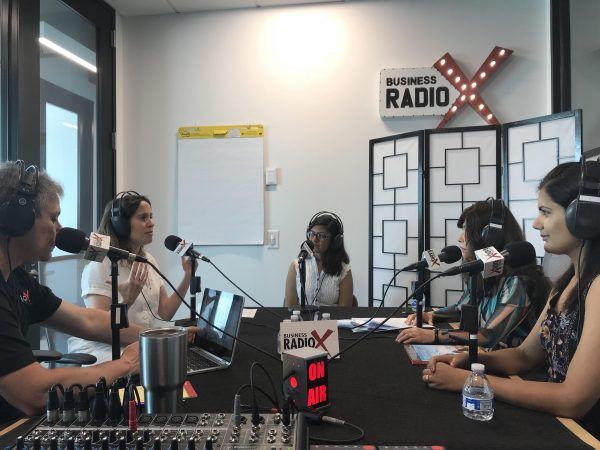 Ali Gellin, JapanFest, Inc. Ali moved to Japan after college in 2003 to work as a JET and learn Japanese language. Ali lived in Japan in Aomori, Mie, and Nagoya for a total of 12 years. She was originally inspired by the by kanji, Buddhism, and the thought that people think differently in Japan. By living in a small village in Aomori for 2 years, she learned the values of belonging to a community, unconditional respect, and cultural traditions. In her years in Japan, Ali was an English teacher, graduate student, interpreter, charity event organizer, intercultural exchange facilitator, fundraiser, yoga teacher, supporter, partner, and community member. Her experiences in Japan taught her volumes about community, culture, respect, and compassion. These experiences live with Ali today as she works to promote Japanese culture and intercultural exchange through JapanFest, and live these values in her daily life as a mother, wife, yoga teacher, and mental health counselor-in-training.

Nausheen Punjani has a sales and biostatistics background and graduated from Emory University. She’s spearheaded large-scale public health projects for the CDC and consulted data governance systems to many healthcare organizations. Working with these organizations, she has collected years of customer development and branding experience and wanted to apply her skills in the event industry. At Stooge, she is in charge of developing customer relationships, culture, and resources. She also hosts a weekly podcast interviewing champions in the event industry.

Sucheta Rawal is an award-winning food and travel writer, author, cooking instructor and philanthropist. As the founder and executive director of Go Eat Give, Sucheta’s personal mission is to raise awareness of global cultures through meaningful travel, good eating, and community interaction. She founded Go Eat Give as a blog in 2011, through which she wanted to educated readers about sustainable and volunteer traveling, learning about authentic cuisines, and engaging with locals. Go Eat Give is now a 501(c)(3) registered non-profit serving audiences across 120 countries.

Originally from India, Sucheta started discovering the world when she moved to United States at the age of seventeen. By the age of 23, she was teaching international cooking classes and writing restaurant reviews. She graduated from Georgia State University with a Masters in Finance and worked in investment banking, market research and human capital consulting. Her vacations to Russia and Morocco, where she volunteered at an orphanage and women’s empowerment center, inspired her to get out of the cubicle, and uncover facts of life by encountering everyday people around the world. Since then, she transitioned from being a tourist to a meaningful traveler. Her favorite things to do while traveling are – exploring neighborhoods, meeting locals, eating at nondescript eateries, and visiting markets.

Sucheta is author of a series of children’s illustrative books on travel called Beato Goes To. The stories are meant to inspire young readers to learn about different countries and cultures, as well as develop their own wanderlust. Beato Goes To Greenland, Beato Goes To Israel and Beato Goes To Indonesia are available at Barnes and Noble, Amazon.com, Books-A-Million and through the publisher, Mascot Books.

Sucheta was named “Georgia State University’s 40 Under 40 alumna” in 2018, “40 Under 40 best and the brightest” by Georgia Trend magazine in 2016, one of the five most influential bloggers on culture in the world by the Foundation of Florence, Italy in 2012. She was a finalist for the Atlanta Press Club 2012 Award of Excellence, and nominated for Caribbean Journalism Award 2015.