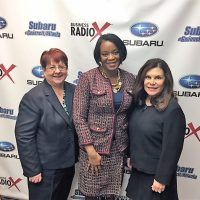 The Gwinnett Chamber’s Moxie Awards recognize both individuals and organizations alike. Organizational awards highlight companies that support the advancement of women, as well as those that are women-led. Individual awards honor those who are trailblazers in a male-dominated field, Gwinnett County champions, emerging leaders, professionals who are at the peak of their career, and those who are generous with their time, talent or resources. 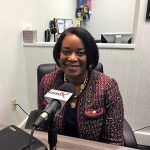 Gwinnett County Public Schools is the largest school system in Georgia, the largest employer in Gwinnett County and serves almost 180,000 students. As a school system of choice, the finest teachers, involved parents, and a supportive community are key elements in the district’s quest to become a system of world-class schools. As a premier school district, the district is a two-time winner (2010 and 2014) of The Broad Prize for Urban Education, designating GCPS as one of the nation’s top urban school districts. In 2017, GCPS earned kudos as an “Outstanding Great District for Great Teachers” and in 2018 was named by Forbes as one of America’s Best Employers and America’s Best Employers for Women. 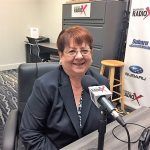 Gwinnett County government: provides high quality essential services for Gwinnett residents and as many other services as tax revenues allow; spends and accounts for tax dollars in a responsible manner; responds to needs and concerns of the citizens; and conducts business in an open and professional manner without favoritism. The Board sets direction and formulates policies for the county government, adopts the budget, authorizes expenditures, and approves or disapproves specific actions, such as rezoning of private property. Voters in each of four districts elect a part-time District Commissioner. The full-time Commission Chairman is elected countywide. Terms are for four years, but staggered so the chairman and two commissioners are elected during one election cycle and two years later the other two commissioners are elected. The Board holds official business meetings the first and third Tuesdays of each month at 2:00pm. On those days, the Board conducts work sessions at 10:00am. The Board also holds a public hearing to consider zoning requests on the fourth Tuesday of each month at 7:00pm. These meetings are held in the auditorium of the Gwinnett Justice and Administration Center. On many Tuesdays, the Board conducts informal discussions with county departments and community groups. These meetings are held in the conference room of the Board of Commissioners suite. Informal discussions as well as official meetings are always open to the public. 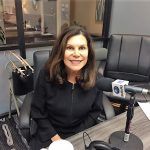 Willis Mechanical was founded in 2002 by Leticia and Grant Willis. They leveraged their skills and experience to form a new kind of mechanical contracting company. A company that puts customers first, treats employees well, and holds the highest standards for their work. Integrity and customer service are the cornerstones of doing good business. They had that in spades, and began to grow. Customer service, flexibility, and honesty have caused tremendous growth at Willis Mechanical. They still bring their special brand of humble customer service to each and every client they serve, and it has worked. Even though they have hundreds of clients and complete thousands of jobs per year, most of their customers would never guess that was the case.