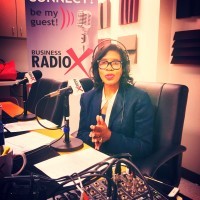 More than 90 people in the U.S. die from an opioid or heroin overdose every day. The AMA is committed to stopping the opioid abuse and misuse epidemic and preventing opioid-related deaths. AMA’s Opioid Task Force – which includes 25 national and state-level physicians’ organizations – has developed a number of recommendations to combat opioid abuse and misuse. This includes…

– Encouraging physicians to use state prescription drug monitoring programs
– Promoting effective, evidence-based prescribing and treatment
– Supporting access to comprehensive, affordable and compassionate treatment
– Ending the “stigma” – i.e., patients with chronic conditions deserve good care and compassion and shouldn’t be judged
– Expanding access to naloxone – which reverses the effects of drug overdoses – through co-prescribing
– Encouraging the safe storage and disposal of prescription medication
Thanks to the combined efforts of AMA’s task force and other leading health organizations and state-level advocacy organizations – including MAG and the MAG Foundation – progress is being made. For example, a 2015 AMA report found that, “Between 2012 and 2016, the number of opioid prescriptions [in the U.S.] decreased by more than 43 million – a 16.9 percent decrease. Every state saw a decrease in opioid prescriptions during this time period.” AMA also determined that, “Physicians and other health care professionals used state [prescription drug monitoring programs] more than 136.1 million times in 2016 – a 121 percent increase from 2014.” And the AMA report noted that “nearly all 50 states now have naloxone access laws.”

Dr. Patrice Harris is the immediate past chair of the American Medical Association’s Board of Trustees. She also serves as the chair of AMA’s Opioid Task Force, which was formed in 2014 to combat the nation’s opioid abuse epidemic. Dr. Harris is a psychiatrist from Atlanta. It is also worth noting that she served as the director of Health Services for Fulton County.