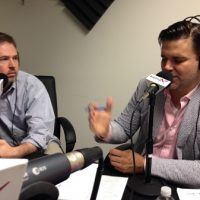 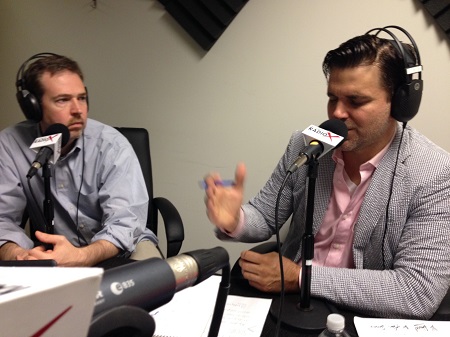 This week Dave and I sat down with Conn Jackson of ConnTV and InspireOne.  He’s an accomplished motivational speaker, known for his recent seminar “How to Sizzle”, and his talk radio and tv shows on ConnTV.  Conn has interviewed a number of well-known celebrities along they way including, Maya Angelou, Rudy Giuliani, Joel Osteen, Master Shah, Andrew Young, and more.

He left a successful life in the corporate world of finance to put his energy into putting positive energy into the world around him, using his media outlet, ConnTV and shows like Pro v. Conn, and IHeartRadio.  He is working to inspire people to grow beyond their internal boundaries to go from good to great (to coin the phrase).  Prior to his success in business and now in the public media he was diagnosed with some learning challenges as a child and told he should not expect to succeed in high school; that he should perhaps consider vocational training of some kind.  Instead he was blessed with getting his particular learning challenges identified such that he was able to thrive in spite of them, ultimately attending business school at Harvard.

Conn shared several key thoughts that would be useful to anyone listening to this show, be they business professionals or individuals seeking to live a richer, more fulfilling life.  This has been one of our most enjoyable and enlightening shows on personal levels and we’re looking forward to having Conn back again soon.  “It’s all about Toast!”  Listen and SHARE!