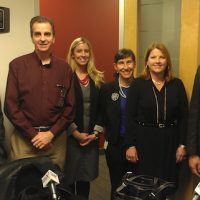 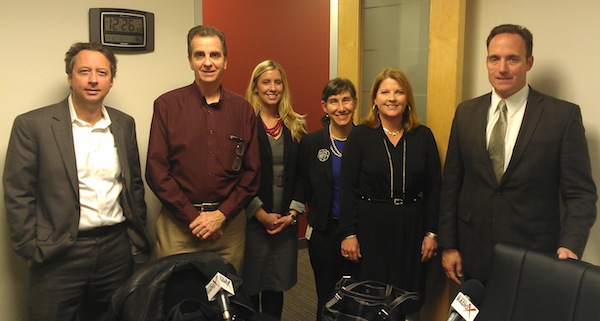 Gordon is a 25 year veteran of start-ups in the field of digital education and learning management, having founded an e-learning software company (Meliora Systems) in 1988. He took the start-up from the bootstrapped stage to an IPO in 1998, through a merger with Paul Allen’s company, Asymetrix Learning, now part of SumTotal Systems, a leading LMS provider. He has spent the last decade working with early stage ventures in the ed-tech sector, including both K-12 and higher-ed markets, as well as start-ups developing innovative offerings in the digital publishing, virtual worlds/MMO games for kids, and mobile learning areas.

He is co-founder and President of Edevate, which creates and operates innovative platforms that facilitate the origination, curation, promotion and credentialing of highly effective outcome-based online education and training programs.

He also mentors at Georgia Tech’s ATDC and Flashpoint programs as well as Managing Director of Vernon Bridge Ventures, an early stage capital/advisory firm. He serves on the advisory boards of Excelegrade, Evirx, and Rapid LD. He is also Past President of Atlanta Technology Angels. He sits on the selection committees for Venture Atlanta and TAG Top 40. He also serves as a guest lecturer and business plan competition judge at Georgia State, Georgia Tech, Emory and University of Georgia business schools.

He has extensive experience as a non-profit board member (YMCA of Greater Atlanta, Interfaith Outreach Home, Teacher Support Network, The Lionheart School).

Kevin Green joined Midtown Alliance in July 2011. Kevin has been a resident of the City of Atlanta for 25 years and has been working for much of that time to advance livability and economic opportunity in the Atlanta region.

Kevin was previously Executive Director of The Clean Air Campaign, a Georgia non-profit working in partnership with transportation management associations and more than 2,000 public and private employers, schools and universities to implement programs to improve air quality and reduce traffic. Prior to that, Kevin was Vice President of Environmental Affairs with the Metro Atlanta Chamber of Commerce, where he worked to implement initiatives to improve water resource stewardship, air quality, transportation and land use and development. During his tenure with the Chamber, Kevin managed public-private initiatives that resulted in the creation of the Metropolitan North Georgia Water Planning District – now managing water resources for a region of more than 5 million, and the Livable Communities Coalition – where more than 50 organizations work collaboratively to advance smart growth in metro Atlanta. Kevin also practiced law in Atlanta for 10 years, most recently as a partner with Andre, Blaustein & Green, LLP. His litigation experience includes state and federal trial and appellate courts across the Southeast.

Karen Kelly discusses The Children’s Museum of Atlanta and its feature exhibit, Moneyville. Chelsea Peterson from PNC Financial Services Group and Robert Parker from Ford Motor Company discuss their role as official presenters for the exhibit, and explain why they support The Children’s Museum of Atlanta’s mission to spark imagination and inspire discovery and learning for all children through the power of play.

Karen has been at The Children’s Museum for six years. She launched the Connected Learning, Connected Communities Outreach Programming and organized a major exhibition, Under the Big Top: You’re the Ringmaster! Serving as the team leader for all exhibition, educational and artistic programming at The Museum, Karen works with advisory committees to enhance and strategize the museum’s programming with an emphasis on literacy.

Karen has served as the chair and founder of the Georgia Museum Educators and the chair for the Southeastern Education Committee. She has also served on the national board of the Education Committee for the American Association of Museums and the programming committee for the Southeastern Museums Conference. In 2000, she was awarded Georgia Museum Professional of the Year. She was also a part-time instructor in the graduate history program at Georgia State University from 2001-2011.

She currently serves on several community advisory groups as well as the Atlanta Partners for Education Board. She is also an active volunteer, both through her church, through her children’s schools and through her neighborhood association. She is married to an attorney and has two children, Claire (aged 14) and Adam (aged 12).

Chelsea oversees grants and sponsorships for PNC in Georgia. She is also the local charitable financial manager. Her team leads the brand alignment during the conversion of RBC and Flagstar to PNC in this market, and she was also the lead on PNC “Grow Up Great” launch in Greater Atlanta; A $1.2MM early education initiative. Chelsea was a key member in transitioning the National City conversion to PNC in Detroit in 2010.

She has a degree from Western Michigan University in Finance and Commercial Law, and she currently resides in West Midtown with her husband, Kent Peterson (and triplet boys on the way!).

Robert Parker is currently the general manager, southeast market area Ford Motor Company. Named to this position in December 2011, Parker oversees the sales and marketing teams responsible for selling and servicing the Ford and Lincoln brands in the Southeast Market Area.

Prior to joining Ford, Parker earned a bachelor degree from the Northern Arizona University. He started his career with Ford in 1989 and held a variety of positions in the Ford Customer Service Division before joining the Product Marketing group in Germany as the Mondeo Product Marketing Manager in 1998. After launching the Mondeo in 2000, Parker moved to the U.S. where he spent three years in Advanced Product Strategy followed by a year as the large car product marketing manager. In 2006 Parker assumed the role of car marketing manager responsible for collaborating with the Ford North American team to market Ford cars and crossovers. During his tenure, Parker worked on the launch teams of products like the Ford Fusion, Mustang Shelby GT, Shelby GT500 and Shelby GT500KR. In 2008 Parker was named the director of product communications where he was responsible for launching new products and technology for the Ford and Lincoln brands to the media. In 2010 he became group marketing manager leading the consumer and product marketing teams on the Fiesta, Focus, Fusion and Escape product lines.

Parker is a life-long car enthusiast who enjoys buying and selling classic Ford products from the 60’s and 70’s. He has owned and restored several Mustangs and Broncos and devotes his spare time to tracking down new projects. Robert is a member of the board of World Missionary Press and Northern Arizona University’s Franke School of Business. Robert and his wife Terri have three children and live in Milton, Georgia.

Parkmobile is the leading global provider of seamlessly integrated end-to-end solutions for mobile payments, parking guidance using business analytics and parking. Its offerings include mobile payments for on and off-street parking, digital parking permits, real-time enforcement and a seamless transit experience. Their services are used in 500 cities around the world by millions of registered users. Parkmobile USA was founded in Atlanta, Georgia and its call center, engineering team and corporate headquarters are located in the U.S. Parkmobile’s investors include BCD Holdings and Fontinalis Partners. With annual global revenues of $22.8 billion, BCD Holdings is an international market leader in the corporate and online travel, and off-airport and mobile parking industry. Fontinalis Partners invests in and partners with innovative technology companies that modernize and improve transportation. Fontinalis is led by Bill Ford, a lifelong environmentalist and the executive chairman of Ford Motor Company.

Cherie Fuzzell has over 17 years of executive experience in the payments and healthcare industries as well as 7 years of mergers & acquisitions experience with the international law firm Jones Day. Cherie was most recently President and CEO of FirstView and has held senior positions with USBancorp, NOVA Information Systems, Inc. (now Elavon) and Magellan Health Services. Cherie earned a bachelor’s degree in Commerce and Business Administration from the University of Alabama and a juris doctorate from the Vanderbilt University School of Law where she served as Associate Editor of the Vanderbilt Law Review. She is a member of the Bar Associations of the States of Texas, Ohio and Georgia.