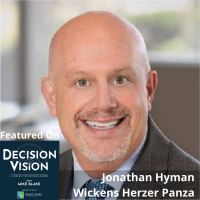 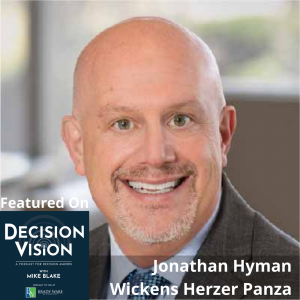 Decision Vision Episode 171: Should I Allow My Company to Unionize? – An Interview with Jonathan Hyman, Wickens Herzer Panza

Jonathan Hyman revisits the Decision Vision podcast to talk with host Mike Blake about unions and how companies should navigate an attempt to unionize by their employees. Jonathan defined exactly what a union is, how it looks different than the established unions that peaked in the 1950s, why it’s on the rise again today, what is motivating today’s employees, the implications for companies today, and much more.

They are more than legal counsel, too. They’re a business partnership, an advocate for their clients, and advisors who support, give advice and protect those they work with. They are their clients’​ trusted advisors and make it their mission to be responsive, accountable, proactive, and client-centered. They have offices in Avon, Ohio, and Sandusky, Ohio.

Mr. Hyman is a member of the Firm’s Litigation Department and Employment & Labor practice group and serves on the Board of Directors. He focuses his practice on management-side labor and employment law, providing businesses proactive solutions to solve their workforce problems and reactive solutions when they find themselves litigating against an employee or group of employees.

Proactively, Mr. Hyman serves as outside in-house counsel for businesses. He is the voice on the other end of a phone when a business needs advice on firing an employee, a policy or agreement drafted, guidance on a leave of absence, disability accommodation, or internal complaint or investigation, or information on any number of other issues that plague human resources professionals and businesses daily. Mr. Hyman also has extensive experience on more specialized labor and employment law issues, such as wage and hour compliance, social media, cybersecurity, and other workplace technology concerns, affirmative action compliance, and union avoidance and labor relations.

He is also the author of the renowned and award-winning Ohio Employer Law Blog (www.ohioemployerlawblog.com, an American Bar Association Blawg Hall of Fame inductee), which he updates daily to provide businesses and human resources professionals breaking news and other updates on the ever-changing landscape of labor and employment law.