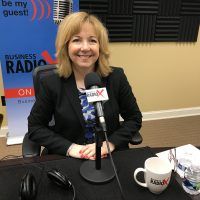 Karen Cashion is CEO of Tech Alpharetta, an independent nonprofit organization whose mission is to help grow technology and innovation in Alpharetta, GA. Karen develops and implements strategic initiatives for Tech Alpharetta, operates the Innovation Center, and reports to the Tech Alpharetta Board. Tech Alpharetta has three service pillars: a strategic advisory board; a startup incubator; and an events arm that holds locally-based educational and networking events for technology executives. The City of Alpharetta formed Alpharetta Technology Commission in 2012, and was granted 501c(6) nonprofit trade association status in 2015. The advisory board is comprised of some of the leading local technology companies, including emerging, intermediate and enterprise-sized businesses, along with community partner organizations and an investment firm.

For more information, you can contact Karen through LinkedIn. To learn more on Tech Alpharetta, you can find their website here.

“Alpharetta Tech Talk” is broadcast from the North Fulton studio of Business RadioX®, located inside Renasant Bank in Alpharetta. Renasant Bank has humble roots, starting in 1904 as a $100,000 bank in a Lee County, Mississippi, bakery. Since then, Renasant has grown to become one of the Southeast’s strongest financial institutions with approximately $12.9 billion in assets and more than 190 banking, lending, wealth management and financial services offices in Mississippi, Alabama, Tennessee, Georgia and Florida. All of Renasant’s success stems from each of their banker’s commitment to investing in their communities as a way of better understanding the people they serve. At Renasant Bank, they understand you.