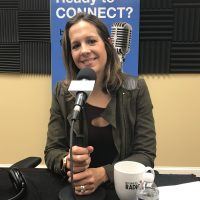 Data analytics leader Rachel Stuve was recently voted one of LinkedIn’s top voices in 2019 for Data Science and Analytics. She joins “Alpharetta Tech Talk” to discuss a variety of topics, including her career in data analytics, data and the customer experience, how a data analytics program drives a company’s value, and her role with Golden Seeds, and more. “Alpharetta Tech Talk” is hosted by John Ray and broadcast from the North Fulton Business RadioX® studio inside Renasant Bank in Alpharetta.

Rachel Stuve is Director of Analytics with Golden Seeds, an early-stage investment firm with a focus on female leaders. Golden Seeds is dedicated to pursuing investment returns through the empowerment of women entrepreneurs and the people who invest in them. The group was founded in 2005 and is headquartered in New York City, with active chapters in Atlanta, Boston, Dallas, Houston, and Silicon Valley. Golden Seeds’ angel network has become one of the largest in the country, with over 275 members nationwide.

Rachel is a founding member of the Atlanta Golden Seeds chapter. In addition to her work in the angel investment community, Rachel has over 15 years experience in healthcare, manufacturing, government, retail, and IT services as a seasoned analytics professional. Through Golden Seeds, she mentors women entrepreneurs in collecting and monetizing data, customer experience, data security and more.

For more information, you can contact Rachel through LinkedIn. To learn more on Golden Seeds, you can find their website here. 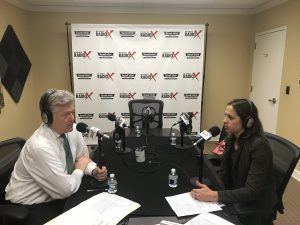