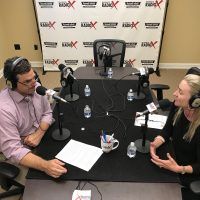 
Host Geoff Smith speaks with Ann Hanlon, Executive Director of the Perimeter CIDs, on the history of community improvement districts in Georgia, why they are so important in economic and infrastructure development, and the project priorities for the Perimeter CIDs.

As Executive Director for the Perimeter Community Improvement Districts (PCIDs), Ann Hanlon is in charge of the organization’s daily operations, as well as its investments in transportation infrastructure. The Perimeter CIDs have an annual operating budget of $8 million.

Previously, Ann was the Executive Director of the the North Fulton CID for 12 years, beginning when it was a start-up. Prior to joining the North Fulton CID, Ann served as a Senior Program Specialist at the Atlanta Regional Commission. She began her career in the private sector, as a Research and Development Analyst with Press Ganey & Associates, a healthcare consulting firm in South Bend, Indiana.

A native of South Georgia, Ann received a Bachelor of Arts degree with a double major in Government and Computer Science from the University of Notre Dame, and a Masters of Public Administration degree in Management and Finance from Georgia State University.

Ann was honored as the “Woman of the Year” by the Women’s Transportation Seminar Atlanta Chapter in November 2016. In April 2015 and again in 2017, Governor Nathan Deal appointed Ann to the Board of Directors for the Georgia Regional Transportation Authority where she serves on the Projects and Planning committees. Ann was named “Business Woman of Excellence” by the Greater North Fulton Chamber of Commerce in 2019, selected as one of Atlanta Business Chronicle’s “40 under 40” in 2018, named a “Notable Georgian” by Georgia Trend Magazine in 2017, one of the Atlanta Business Chronicle’s “Women Who Mean Business” in 2015 and as one of Georgia Trend Magazine’s “40 under 40” in 2012.

Personally, Ann is a volunteer with the Girl Scouts of Metro Atlanta, a member of All Saints Catholic Church and a sustainer with the Junior League of Atlanta. She lives in Dunwoody with her husband, Michael, and their two daughters, Elizabeth and Mary Catherine.


“ATL Developments with Geoff Smith” covers all things economic development in the Atlanta Metro area. From everything inside the Beltline to Avalon and beyond, Geoff Smith interviews the movers and shakers making the ATL one of the best places to live, work and play. An archive of past episodes can be found here. 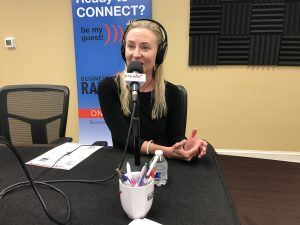 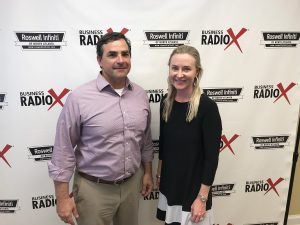 “ATL Developments with Geoff Smith” is broadcast from the North Fulton studio of Business RadioX®, located inside Renasant Bank in Alpharetta. Renasant Bank has humble roots, starting in 1904 as a $100,000 bank in a Lee County, Mississippi, bakery. Since then, Renasant has grown to become one of the Southeast’s strongest financial institutions with approximately $12.9 billion in assets and more than 190 banking, lending, wealth management and financial services offices in Mississippi, Alabama, Tennessee, Georgia and Florida. All of Renasant’s success stems from each of their banker’s commitment to investing in their communities as a way of better understanding the people they serve. At Renasant Bank, they understand you because they work and live alongside you every day.