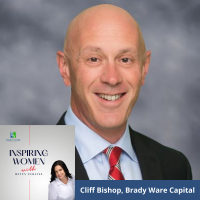 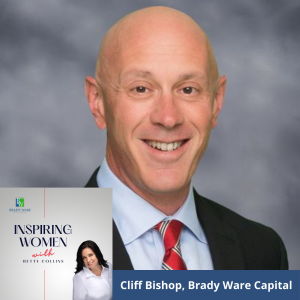 We’ve been starting this year with optimism.

My guest in my last episode was Randy Gerber from Gerber Clarity and we discussed first-generation wealth and wealth transfer.

In this episode, I speak with Cliff Bishop of Brady Ware Capital. Cliff is a good friend and colleague of mine. We talk about how he and Brady Ware Capital help business owners and entrepreneurs understand, increase, and unlock the value of their businesses. Cliff talks about how we can help you buy a business, sell a business, raise capital, understand the value of your business, and more. Is this a good time to sell your business?

2021 was an exceptional year. We see all the fundamentals being really strong for 2022. There’s just a lot of capital in the market looking for good companies. So the answer is yes!

What are the most important factors that drive the valuation of a business?

There are a lot of things that are going to drive the ultimate valuation, but a couple of things jump out. One is growth, and the second thing, no matter what the industry, is predictability and recurring or consistent revenue.

What is the toughest part of the selling process that you’ve experienced with business owners?

I think without a doubt, it’s the due diligence process. Just because it’s a very good time to be selling right now and there’s a lot of money out there, it’s not easy money.

What options does an owner have when they’re considering the sale and transaction of their business?

Cliff goes on to talk about what a business owner is not supposed to do when selling their business. They make mistakes. What are those things that they fall into that can be avoided? And finally, what does a business owner need to do to prepare? And what’s the timeline?