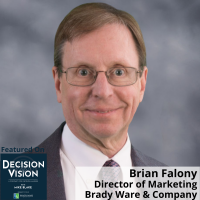 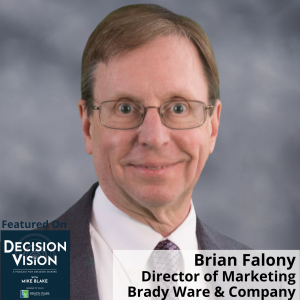 Brian joined Brady Ware in 2017 and has more than 25 years of experience helping accounting firms grow their practices. He led the marketing functions for two of the top 50 CPA firms in the U.S. and has consulted with firms across North America on improving their marketing programs. Brian will lead the firm’s overall marketing efforts with a focus on growth.