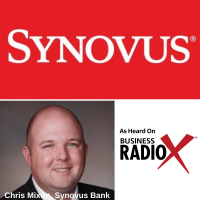 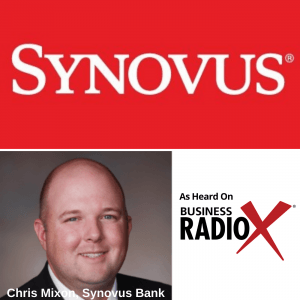 Chris Mixon is a career banker who has worked in a variety of different roles. Most recently, Chris was the Market Executive for Synovus in Northeast Atlanta but in 2019 accepted a role as the Senior Director of Loan Operations for the company.

He has temporarily retired from coaching youth football, but has recently obtained his level 3 certification as a Girls US Lacrosse coach. Chris lives in Alpharetta with his family and is involved in GNFCC, North Point Community Church, and the Alpharetta Lacrosse Feeder Programs.

Synovus Financial Corp. is a financial services company based in Columbus, Georgia, with approximately $51 billion in assets. Synovus provides commercial and retail banking, investment, and mortgage services through 300 branches in Georgia, Alabama, South Carolina, Florida, and Tennessee. Synovus Bank, a wholly owned subsidiary of Synovus, has been recognized as one of the country’s “Most Reputable Banks” by American Banker and the Reputation Institute. Synovus is on the web at synovus.com, and on Twitter, Facebook, LinkedIn, and Instagram.