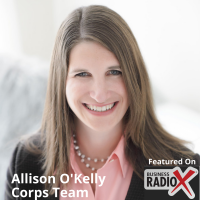 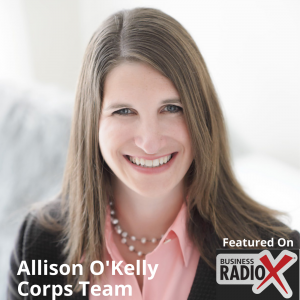 Corps Team Founder and CEO Allison O’Kelly joins host John Ray to discuss the increased efforts companies are making to employ a diverse workforce, tips for companies seeking to widen diversity in their ranks, and much more. Allison also addresses job seekers who are candidates for diversity hiring. “North Fulton Business Radio” is produced virtually from the North Fulton studio of Business RadioX® in Alpharetta.

Allison O’Kelly is the Founder and CEO of Corps Team and a talent acquisition expert who partners with CEOs, executives and hiring managers to recruit exceptional talent into their organizations.  Allison has grown her business from an idea to a search and staffing firm that has placed thousands of professionals in companies nationwide.

Prior to Corps Team / Mom Corps, Allison was a CPA with KPMG in Atlanta, and was in a Leadership development program with Toys R Us where she served in various roles including launching the original Babiesrus.com site, Store Director of an $11 million Toys “R” Us Store, and multi-unit store management.

Allison has been recognized in the news media (TODAY Show, Wall Street Journal, CNN, Forbes) and awarded on a national level (EY Winning Women, Working Mother, Inc. 500, Conference Board). Corps Team was named a Top 20 Woman-Owned Business in the Atlanta Business Chronicle in 2019.