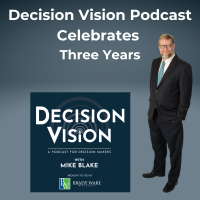 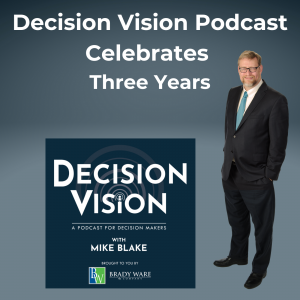 Host Mike Blake took time to reflect and celebrate three years of the Decision Vision podcast by expressing his gratitude to Brady Ware, producer John Ray and his Business RadioX® team, the fantastic guests, and all the listeners. Mike also shared exciting news about a new professional direction. Decision Vision is presented by Brady Ware & Company and produced by the North Fulton studio of Business RadioX®.