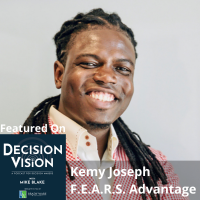 Decision Vision Episode 159: Should I Give My Employees More Autonomy? – An Interview with Kemy Joseph, F.E.A.R.S. AdvantageJohn Ray
Download Audio 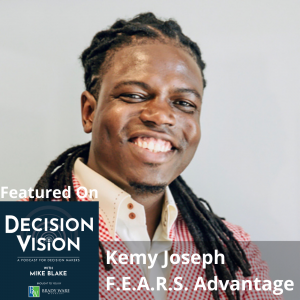 Decision Vision Episode 159: Should I Give My Employees More Autonomy? – An Interview with Kemy Joseph, F.E.A.R.S. Advantage

Kemy Joseph, CEO of F.E.A.R.S. Advantage, defines autonomy in the workplace as “the independence to do the work you’re hired to do with the freedom, trust and ownership in your role.” He and host Mike Blake discussed its role in career equity, how to structure it with systems, the resistance to it from leaders, helping organizations find the path forward to implement it, the element of trust, autonomy’s role in the evolving remote work environment, and much more.  Decision Vision is presented by Brady Ware & Company and produced by the North Fulton studio of Business RadioX®.

F.E.A.R.S. Advantage is a DEI (Diversity, Equity, and Inclusion) Consulting Agency with team members around the globe.

They help organizations reframe Diversity, Equity, and Inclusion to go beyond HR, anti-racism, and the old version of “diversity” in the workplace.

They are on a mission to help 5 million leaders advance equity in their organizations by 2030 as part of our vision of a world where every human being lives safely and thrives.

They believe the distinctions of love, kindness, compassion, diversity, and inclusion shall become the norms inside company cultures across the world.

They train company leaders in the courage and vulnerability needed to manifest this vision.

Kemy Joseph helps business executives leverage equity as a pathway to prosperity to effectively lead their diverse teams through conflicts involving race, politics, and privilege. Raised in a single-parent household with nine siblings where poverty, violence, and racial inequity traumatized him at an early age. As an adult, he’s re-socialized himself into a healthy, educated black man who respects women, celebrates diversity, and advances equity for all people. He used negative experiences for positive change and learned the skills we need to treat others equitably.