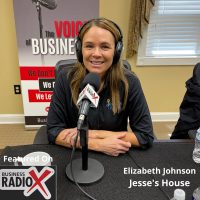 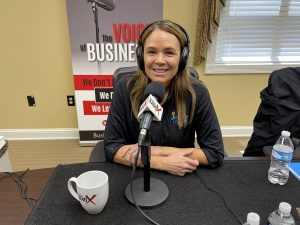 Jesse’s House is a Forsyth County-based emergency shelter for adolescent girls who have experienced abuse and neglect. Executive Director Elizabeth Johnson joined host John Ray to discuss the history of Jesse’s House, the services and hope for healing they offer their residents, and some of their successes. The stories Elizabeth has to share in this episode are compelling. North Fulton Business Radio is broadcast from the North Fulton studio of Business RadioX® inside Renasant Bank in Alpharetta.

Jesse’s House Inc., originally known as the Forsyth County Youth Shelter, was founded in 1998 as a result of a 1996 needs assessment survey for the north Georgia region conducted by Kennesaw State University. The survey identified the need for an emergency shelter in Forsyth County for adolescent girls who were experiencing abuse and neglect. The Larry Morris family answered the call by donating a 2 bedroom home in honor of their father, Jesse Morris. With a house in place and generous contributions from the community, Jesse’s House began operation. In their early years, Jesse’s House was able to serve seven residents with a maximum-allowed stay of 90 days.

The past 22 years have seen tremendous growth in response to the changing needs in the community. Their new shelter has the capacity to serve 12 girls, and the average length of stay in this past year was 8 months. Jesse’s House has served over 1,000 girls from all over the state of Georgia in these past 22 years, and with the support of our community, we hope to serve another 1,000.

​For most of her professional career Elizabeth has provided therapy to individuals, and family members of those who had co-occurring psychiatric and substance use disorders. Elizabeth’s involvement with Jesse’s House began in 2016 through her work as a therapist by providing counseling to the residents. Her involvement with Jesse’s House grew in 2017 when she became the Program Director, and in October 2020 she was installed as the Executive Director.

Elizabeth is passionate about helping others heal, overcome trauma and empowering them through change to create a different outcome in their life’s story. She is passionate about affirming the dignity of those most vulnerable among us and sees sacred potential in everyone. She is inspired by the courage and resilience of the girls at Jesse’s House, and humbled to work alongside the women at Jesse’s House who are so skilled and dedicated to helping the girls who are placed with them.
​
“In a world that seems so lost at times, I am grateful to be in a position where I am often reminded of the goodness of others. I see it in my co-workers on a daily basis. I see it through the thoughtfulness and generosity of those in the community who support our work. But I see it most clearly in how all of that support comes together and starts to take shape in the girls. They begin to value themselves and see potential in their life that they hadn’t dare dream before.”

Connect with Elizabeth on LinkedIn.