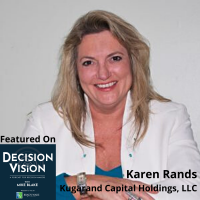 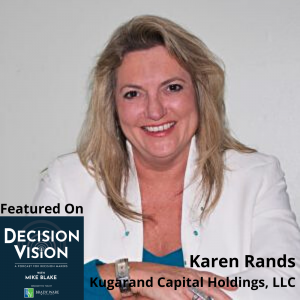 Decision Vision Episode 136:  Should I Hire a Finder to Raise Capital? – An Interview with Karen Rands, Kugarand Capital Holdings, LLC

The task of raising capital for a startup is challenging at best, and outsourcing to a finder is often one avenue founders consider to attract investors. Host Mike Blake is joined by Karen Rands, President of Kugarand Capital Holdings and host of The Compassionate Capitalist Show, to cover how to find and evaluate a finder, regulations, fees, contracts, and much more. Decision Vision is presented by Brady Ware & Company.

Karen is the President of Kugarand Capital Holdings where her extended team offers coaching and services to entrepreneurs help companies with capital strategy and investor acquisition through the Launch Funding Network and investors education, screening, due diligence, and syndication services through the National Network of Angel Investors.

Register at the contact page on the website to receive her Compassionate Capitalist Coffee Break mini video tutorials and have an opportunity to schedule a time to chat with Karen directly.

Karen Rands, the leader of the Compassionate Capitalist Movement, is an authority on creating wealth through investing and building successful businesses that can scale and exit rich.

Karen turned the knowledge she gained from her corporate experience of working with startups and innovation at IBM, and the 12 years she spent managing the Network of Business Angels & Investors, one of the top 50 angel groups in the US at its peak, into the best-selling primer “Inside Secrets to Angel Investing.” Her book and the accompanying resource portal teach savvy investors how to diversify their investment portfolio to include private equity ownership in entrepreneur endeavors. 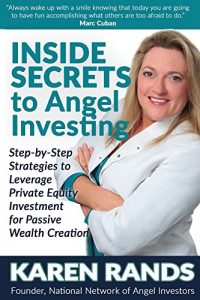 Karen hosts the popular business podcast: The Compassionate Capitalist Show. The weekly show is available on all the major platforms, with a library of over 240 episodes. Her chats with angel investors, VCs, business industry leaders have been downloaded over 145,000 times.

Karen also speaks to economic development, community, and corporate groups to spread the word about Compassionate Capitalism as a way to strengthen and grow our economy. Economics is a passion for Karen having received her Bachelor’s in Economics & English from Emory University before earning her MBA in Marketing from the University of Florida.