Communication is the common thread that runs through Mark Weiss’ life. It started in High School and continued through his days at Ithaca College where he received a Bachelor of Science degree in Television-Radio Communications. Mark worked in television stations in Utica, New York and St. Petersburg, Florida directing the local newscasts and producing and directing local programming before he moved to Atlanta in 1976 to work at WTCG, Ted Turner’s Superstation.

Mark left the broadcasting industry to work for Georgia Power in 1977 for almost 20 years in the company’s Media Services organization before leaving to form The Renaissance Communications Group (TRCG) in 1996. He formed TRCG to support small and medium sized businesses to provide marketing, advertising, public relations, and website services. During that time, he was introduced to Constant Contact and became a business partner. In 2007, he was introduced to SendOutCards, which over time has become his passion.

Using SendOutCards, Mark works with businesses to help them keep the clients they worked hard to get. He does this through a process and system that enables his clients, both business and personal users, to go online via their smart phone, tablet, or computer to either use existing greeting cards in SendOutCards’ extensive online catalog or customized cards they can create to express appreciation and show gratitude. By using multiple card campaigns, Mark’s clients can easily stay top of mind with their clients throughout the years by giving tangible appreciation that their clients can touch.

Mark enjoys sharing SendOutCards with business owners and individuals to help them incorporate Relationship marketing into their business. Relationship marketing (or Capital R, small m) symbolically places the emphasis on the Relationship and not marketing. As a result, Mark’s clients create a stronger, deeper, and more loyal bond with their clients because they stay top of mind. This combination creates referrals from their customers along with incremental sales. Please visit Mark’s website at https://www.sendoutcards.com/trcg for more information and experience SendOutCards by sending a free card including postage to anyone you choose, wherever they may be! 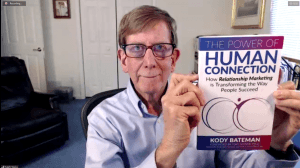