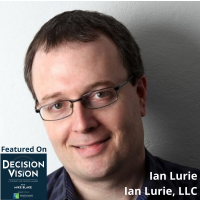 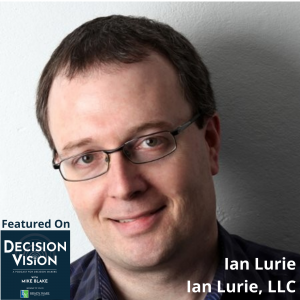 Ian Lurie nerds out, as he terms it, on SEO, considering it both an art and a science. On this edition of “Decision Vision,” Ian and host Mike Blake discussed how SEO impacts a business’s visibility and success, mistakes businesses make with SEO, why good SEO is akin to building an asset, and much more. “Decision Vision” is presented by Brady Ware & Company.

Ian Lurie is a digital marketing consultant, SEO, content guy, and overall digital marketing nerd. He has 40,000+ hours of experience in internet marketing. Ian uses both sides of his brain as a content creator, search engine optimization nerd, and data addict. He is a speaker and author as well.

Ian founded Portent, a digital marketing agency, in 1995, and sold it to Clearlink in 2017. He’s now on his own, consulting for brands he loves and speaking at conferences that provide Diet Coke. He’s also trying to become a professional Dungeons & Dragons player, but it hasn’t panned out.

He has a TikTok profile, but his kids are embarrassed by it, so we’ll leave that out.