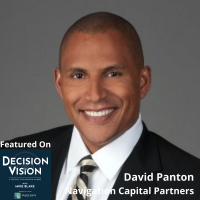 Decision Vision Episode 134: Should I Sell to a SPAC? – An Interview with David Panton, Navigation Capital PartnersJohn Ray
Download Audio 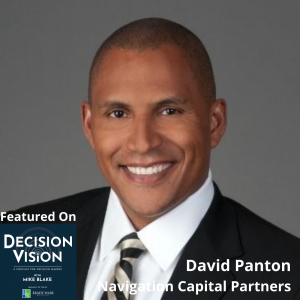 Decision Vision Episode 134: Should I Sell to a SPAC? – An Interview with David Panton, Navigation Capital Partners

In 2020, roughly half of all companies which went public did so through a SPAC, or a Special Purpose Acquisition Company. How does a SPAC work, and what are the pros and cons of going public through a SPAC as opposed to the traditional IPO route? How risky are SPACs? David Panton, whose firm invests exclusively in SPACs, joined Decision Vision host Mike Blake to answer these questions and much more. Decision Vision is presented by Brady Ware & Company.

In 2019, NCP launched its SPAC Operations Group which builds on the NCP legacy of transforming relatively small, high-growth companies into medium-sized ones and selling them to larger private equity firms to take them to the next level. In the 15 years since its inception, NCP has invested $399 million in 51 portfolio companies, including nine SPACs.

David is also the Chairman of Panton Equity Partners, a private family office, which he founded in 2012, and is an Adjunct Professor in the Faculty of Finance at Emory University’s Goizueta Business School. David has served as a Board Member on over 15 companies, including Brand Bank (sold to Renasant Bank), Track Utilities (sold to CIVC Partners), SecureWorks (sold to Dell Technologies), and Exeter Finance (sold to Blackstone).

David is a co-founder and former Chief Strategy Officer of American Virtual Cloud Technologies (Nasdaq: AVCT), which previously raised $310 million in July 2017 as Pensare Acquisition Corp., and completed an acquisition of Computex Technology Solutions in April 2020. AVCT is a portfolio company of SPAC Opportunity Partners LP.

Between 2003 and 2006, David was a Vice President at Mellon Ventures (now Navigation Capital Partners), a $1.4 billion private equity firm, where he focused on growth capital and buyout investments. Previously, he co-founded and served as Managing Director of Caribbean Equity Partners, a private equity firm focused on investments in the Caribbean and Latin America. Prior to that, he was an Associate at Morgan Stanley in New York City, where he focused on mergers and acquisitions in Latin America and the Caribbean.

David also served as CEO of CMP Industries, a publicly traded company in Kingston, Jamaica, and is a former Senator in the Upper House of Parliament in Jamaica. David was named by Buyouts Magazine as “One of Eight Buyout Pros Under 40 to Watch” in 2009 and by the Atlanta Business Chronicle as one of the “40 Under 40” Rising Stars in 2011. He is a member of the Atlanta Chapter of the Young Presidents Organization (YPO) and is a former member of the Atlanta Group of Tiger 21 and Leadership Atlanta (Class of 2012). He is Chairman of the Jamaican-American Chamber of Commerce of Atlanta, a former member of the Board of the Michael C. Carlos Museum of the Arts, and is a former Trustee of Holy Innocents’ Episcopal School in Atlanta, GA.

David holds a Master Professional Director Certification from the American College of Corporate Directors. David received a Doctorate in Management Studies from Oxford University, where he was a Rhodes Scholar, a J.D. (with honors) from Harvard Law School, where he was elected President of the Harvard Law Review, and an A.B. (with high honors) in Public Policy from Princeton University.

Born and raised in Jamaica, he resides in Atlanta, GA.