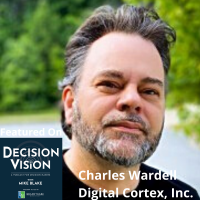 Decision Vision Episode 166: Should I Use Artificial Intelligence in my Business? – An Interview with Charles Wardell, Digital Cortex, Inc.John Ray
Download Audio 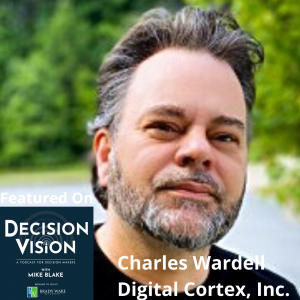 Decision Vision Episode 166: Should I Use Artificial Intelligence in my Business? – An Interview with Charles Wardell, Digital Cortex, Inc.

Exploring the evolution of artificial intelligence (AI) in general and specifically for business use, Charles Wardell, CEO of Digital Cortex, and host Mike Blake discussed how to define AI, machine learning, and its applications both commercial and otherwise. They also covered its impact on the pandemic, the social implications of AI, the need for a commitment to trustworthy data, and much more.

As technology rapidly evolves, so does the need for faster, more efficient data processing methods.

The Central Processing Unit (CPU) has been the workhorse behind digital endeavors, but today’s computation and data volumes challenge even the fastest CPUs. The modern world is increasingly becoming one where data reigns supreme. Data processing has evolved from serial computation and sequential storage to parallel computing with large pipelines and vast amounts of memory.

Today, there are options for accelerating computation, graphics processing units, FPGAs, ASICs, and DPUs designed specifically for data processing. Digital Cortex aims to converge these advanced technologies into a single unified platform, creating an ecosystem that simplifies the hyperscaling of complex data processing.

The Digital Cortex platform is a data appliance with built-in acceleration. It handles the undifferentiated heavy lifting so that you can focus on logic, analysis, and results. Our company is designed to bring the power of the Cloud to those use cases that cannot tolerate outage, latency, or uncapped expense.

Charles Wardell, CTO, Tech Visionary, Maker of Things That Work Fast with decades of experience working with leading MPP databases to implement world-class BI platforms, and then designing and developing one of the world’s most powerful cloud and edge-based analytics engines using MPP (massively parallel processing), grid computing, ML (machine learning), and AI (artificial intelligence), Charlie routinely tackles some of the world’s messiest and most intractable problems. The fact is, Charlie is one of the best big data platform architects in the world.

His superpower is weaving hardware, software, and database technologies into cutting-edge, high-performance solutions that provide insights at the scale and speed modern businesses require. The breadth and depth of Charlie’s experience also enable him to see around the corners well in advance, and the combination of his and David’s vision targeted on the biggest and most valuable solutions is what makes this duo such an amazing team.

If intellectual curiosity was a degree, Charlie would have a PhD. His curriculum has been intensive, and it continues today, his library is extensive, not in one discipline, but several: hardware, software, and database technology. But beyond reading, Charlie’s best work comes out of his lab, whether it’s a customized FPGA, the fastest database in the world (measured by inserts), or it’s a new application that integrates symbolic and connectedness AI, there is nothing he can’t do. However, his best problem-solving characteristics are that he is a natural systems thinker and he never brings bias to a problem, every problem gets his full attention, so he can always focus on identifying the best tool for the job, not necessarily the tool he knows. This is what makes him one of the best architects on the planet, maybe the solar system.