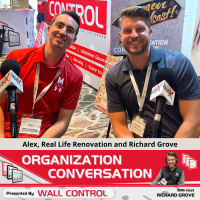 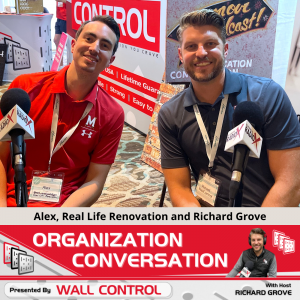 Alex of Real Life Renovation joined Richard Grove in the Wall Control booth at HAVEN Conference 2022. Alex talked about how he got into DIY, why he decided to begin sharing his projects, his perspective on being authentic, why he chose to make it a business, his experience at Haven, and more.

Alex lives in Baltimore Maryland with his wife who was his high school sweetheart.

They bought a home in the summer of 2020 that is 150 years old and they have been doing the DIY thing it ever since.

Alex had zero intentions of becoming a paid influencer, but he felt like he had a different voice to share. He was incredibly frustrated with the DIY space from the outside looking in.

He felt like every creator was skipping over the real-life renovation part of it where they would use certain angles to make their picture perfect. They would skip the parts where they make mistakes and they just act like everything went perfectly in the renovations and in their projects.

Alex didn’t know how to use tools and didn’t have any experience with construction, but when they bought their house it needed a lot of work.

Alex decided he was ready to learn, so he started working on projects little by little and now likes to show the entire process, including mistakes, to keep it real and inspire others who are also new at DIY. 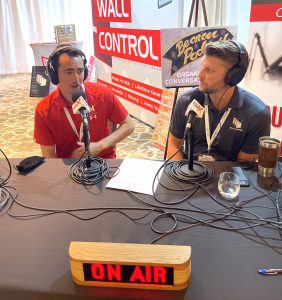