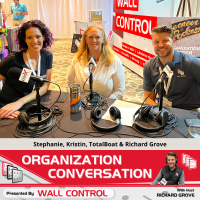 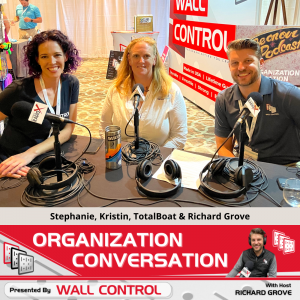 A fellow exhibitor and colleague, Kristin Browne from TotalBoat was in the Wall Control booth at HAVEN 2022 chatting with Stephanie of Uncommon Outpost and Richard Grove. They discussed the parallels between their products that appeal to a variety of users and makers. Kristin talked about how makers use their epoxy products, serving customers with expert customer and technical support, how their business has evolved to serve makers, and much more.

Since 2012, TotalBoat has been making the highest quality marine-grade products money can buy. What started out as a handful of durable repair products for hands-on DIY boaters has grown to include a range of expert solutions for makers of all kinds, from seascape artists to inland woodworkers. It’s been an evolution and education. One they wouldn’t trade for the world.

As boaters and DIYers, they understand you need projects to go smoothly. That’s why they are constantly finding ways to make TotalBoat’s original products better, easier to use, more sustainable, and less expensive. They even tinker with packaging from time to time to make it more user-friendly. Their real-world know-how is what separates them from the giant chemical conglomerates and sets their stuff apart.

Part of what they do is to craft, test, and refine to guarantee the durability, quality, and safety of everything they make. Once that’s been done, they then sell directly to consumers so they can deliver great value. The fact that TotalBoat’s homegrown products have won multiple awards and outperformed the competition several times over is proof that what they’re doing is working.

TotalBoat’s success is due entirely to its customers. As the ones getting their hands dirty using TotalBoat products, they’re best equipped to convey what problems they need solving and what needs to be improved. Their feedback is instrumental to the R&D process. In fact, some of the greatest innovations have come directly from listening to user suggestions, so thanks for the feedback. Please keep it coming. 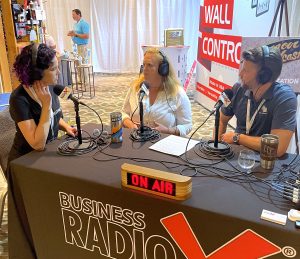