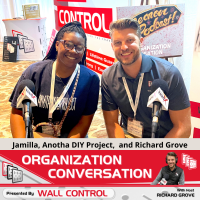 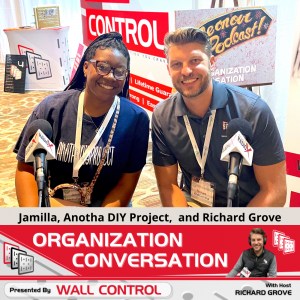 Jamilla never planned to become a business owner in a year’s time, but it happened! Now she is busy with Anotha DIY Project doing wall design, and residential and commercial projects. She and host Richard Grove talked about how she got started, how her business has taken off, her learnings from the HAVEN Conference, and much more.

Anotha DIY Project offers accent wall design, and residential and commercial design projects. Design packages include transforming your space after consulting with you.

Jamilla began Anotha DIY Project to showcase some of her projects and it has taken off.

When Anothadiyproject started a year ago, it was only meant to be a DIY page on Instagram that gave Jamilla a platform to dance and share her love for home projects, decor, and good music. Jamilla has always been fascinated with interior design and home projects, but she never thought it would become a career.

Jamilla says God has guided her every step of the way and there is no way to tell her story without highlighting that. So now Jamilla shows up, makes things pretty with power tools, smiles and dances. 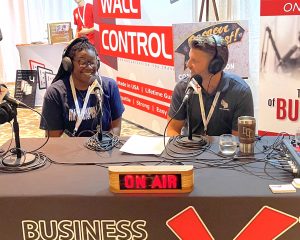