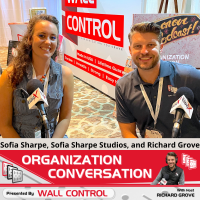 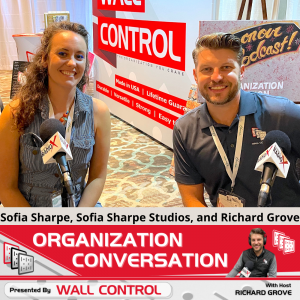 Sofia Sharpe, of Sofia Sharpe Studios, is from Oakland California and was attending her second HAVEN Conference. She joined host Richard Grove LIVE from HAVEN 2022 to discuss her work. Sophia creates wire jewelry, murals, installation art, DIY projects and more. She and Richard talked about how she got started, her HAVEN experience, her DIY projects, organization, and much more.

Her DIY journey began as a child helping her Dad remodel the family home and learning his trade as a full time blacksmith.

For the past 10 years Sofia has been applying her DIY skills to her small 900 square foot home, a California Bungalow, built in 1919. Some of these projects have included:

In addition to her art practice and DIY life, Sofia is a full-time art teacher. She received her MFA in visual arts from Mills College and studied fine arts at the Universitat de Barcelona. 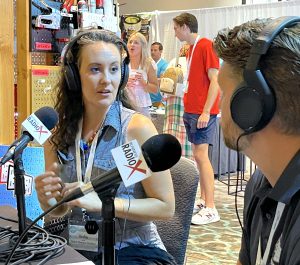