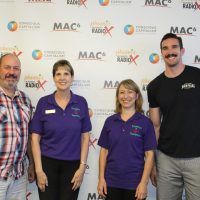 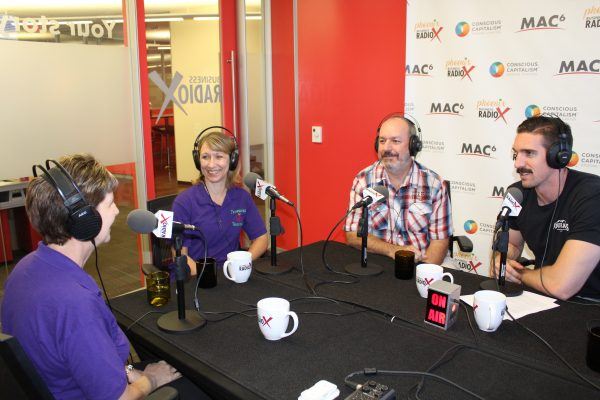 Four Peaks Brewing Co. and local partners will provide classroom supplies to thousands of teachers throughout Arizona, New Mexico and Nevada with its annual ‘Four Peaks For Teachers’ Classroom-Supply Fundraiser.

Four Peaks Brewing Co.’s highly anticipated “Four Peaks For Teachers” classroom-supply fundraiser is celebrating its ninth year by expanding its footprint beyond Arizona to also include Nevada and New Mexico. In partnership with organizations like Treasures 4 Teachers and Teacher EXCHANGE, Four Peaks and volunteers will fill 6,500 boxes to provide thousands of teachers with much-needed school supplies.

Four Peaks’ co-founder Jim Scussel created this campaign in 2011 when he learned from customers at Four Peaks that teachers often struggle from a lack of basic supplies. In an effort to help, Four Peaks petitioned customers, staff, and family to donate supplies for teachers to pick up at the brewery. What started from humble beginnings has since become an expansive, multi-state effort that grows each year and has resulted in the donation of more than 12,000 classroom supply boxes to date!

“It’s humbling to see how ‘Four Peaks For Teachers’ has grown to impact more and more teachers over the years,” Four Peaks co-founder Jim Scussel says. “It’s imperative we support our educators, now more than ever. They are tasked with nurturing and shaping young minds, and it’s difficult to believe they are asked to do so without proper supplies. I think we can all agree that without them, we would all be lost! We could not have executed this program without our many partners and volunteers. Thank you to all!”

Those looking to participate can donate to the campaign beginning June 4 by:

Jess Neill, a teacher and instructional coach for the Laveen Elementary School District, has participated in Four Peaks for Teachers since the program’s inception nine years ago. She says the program is vital—especially for new teachers.

“First-year teachers legitimately have nothing,” Neill says. “They don’t realize they need things like staplers, or scissors, and their school districts might not provide them.”

Part of why Four Peaks for Teachers is so great, she says, is because the kits that are donated come with those things young teachers assume they’re automatically given. And the costs of those items add up. Neill says that she spent $1,000 on supplies during a nine-month period early in her teaching career, and though the school district she’s in currently is much better about providing equipment for teachers, she still spends hundreds of dollars a year on extra supplies for her students.

“In an ideal world, we wouldn’t need Four Peaks for Teachers,” says Neill. “But it’s good to know we have it.”

Teachers can pick up their vouchers for free June 24 to June 28 at the following locations in Arizona:

Teachers will be able to redeem their vouchers and pick up their school supply kits on/at:

Teachers who are unable to collect their boxes at the times listed on their vouchers may do so on July 19 at Four Peaks 8th Street Brewery from 2-6 p.m.

All unclaimed boxes will be donated to Back 2 School Bounty and will be hand-delivered to  schools across Arizona in need of supplies.

Teachers can pick up their vouchers for free July 2 to July 3  at the following locations in New Mexico & Nevada:

Teachers will be able to redeem their vouchers and pick up their school supply kits on/at:

The distribution of the kits will be determined by the number of vouchers given out at each location; vouchers will have the date, time and location of the supply kit pickup.

Four Peaks Brewing Co. has helped define craft beer in the Southwest since its founding in 1996. Their brewers are committed to creating exceptional beers meant to be shared—and they have 24 combined medals at the Great American Beer Festival and World Beer Cup to show for it. Anchored by the flagship Kilt Lifter Scottish-style ale, Four Peaks is currently available in Arizona, California, Colorado, Hawaii, Nevada, New Mexico, Texas, and Utah. 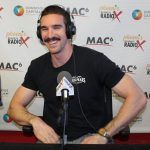 Zach Fowle is Four Peaks’ communications manager. He handles internal and external messaging for the brewery; his responsibilities range from the creation of messaging on the Four Peaks website and social media accounts, to keeping Four Peaks employees informed of all the goings-on at the company, to representing the brewery with the media.

Zach is also an Advanced Cicerone, which is the third level in the Cicerone program, the beer industry standard for identifying those with significant knowledge and professional skills in beer. There are currently only 118 people with this title in the world. 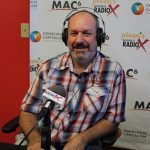 He also served on the Board of the Diamondbacks Foundation for 4 years which has donated over $37 million to date to local AZ charities. Jim also is on the Board of Directors for Mexican Moonshine Tequila, Roger Clyne’s own tequila from Roger Clyne and the Peacemakers, formerly, The Refreshments which is sold in 20 states nationwide. 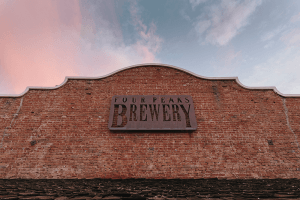 In November 2017, Jim was inducted as an Honorary Commander of the 161st Refueling Wind Team of the Goldwater Air National Guard Base located at Sky Harbor Airport. He will volunteer his time for 2 years with the Phoenix Air National Guard to promote the vital services they provide to the state of Arizona and the country.

Jim is also a partner and investor in the Phoenix Rising FC soccer team which is part of the United Soccer League and the team took second place in 2018. The goal is to elevate the team to Major League Soccer which is the highest level of professional soccer in the United States.

Jim and his wife, Jennifer, have two daughters, Lauryn, 16, who attends high school at Corona Del Sol and Olivia, 13, who attends Summit School of Ahwatukee and they live South Tempe. 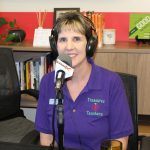 Barbara Blalock is the Founder and Executive Director of Treasures 4 Teachers which started in her garage 15 years ago. Barbara was made aware of the fact that educators did not have the funds or supplies to provide to their students for them to be successful in school.

Barbara made it her mission to collect supplies from businesses and companies across the valley and get those supplies into the hands of the educators that needed them most. 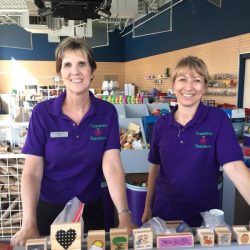 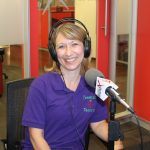 Andrea Ellingboe has been working with students for the past twenty+ years as an educator and administrator. She has always been passionate about helping students expand their creativity and imagination through hands-on learning opportunities.

She started by working with young children and parents and creating play opportunities using simple household objects and recycled materials.

She now combines her passions of recycling, repurposing and hands-on educational opportunities as the West Valley director of the soon-to-be-opened West Valley Treasures 4 Teachers.