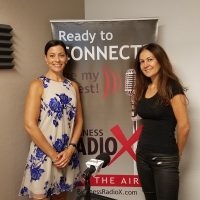 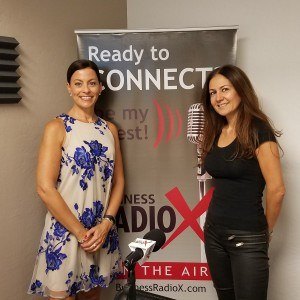 We are never surprised and always delighted when community leaders and successful business owners land in our studio for their interview and then leave an hour later having made important new connections with other guests on our show.

Today’s ON AIR conversation with Jodi Low, CEO of UandImproved and Roza Ferdowsmakan, CEO of warehouse apps (and the newly released bites.mobi) is a perfect example of such synergy, passion and collective wisdom.

ROZA FERDOWSMAKAN is a technology & business attorney who works exclusively with technology founders and startups. She doesn’t care for how the legal profession is practiced by and large and has broken the mold with her uniquely collaborative, team-oriented approach to providing legal strategy and advisory services in a midtown Phoenix warehouse called Softwarehouse. Unconventional and creative are Roza’s hallmarks, as she is a published poet, painter, writer, former-journalist and freelance magazine contributor, as well as a foodie. She is also an immigrant and single mom of a 7 year old.

It is Roza’s passion for creativity and the parallels she’s uncovered between the world of technology and art that has led her to become the founder of not only softwarehouse, her workspace where she engages with tech founders on legal and business matters, but also to become the founder of warehouse apps, the company she set up to create apps that impact the people and planet in beneficial ways.

When a foodie reserves a chef through the app, that chef turns around and sources his ingredients from local farms and then brings those fresh ingredients into the home of the foodie, and creates a complete dining experience from scratch in the foodie’s own kitchen. bites is an app that Roza bootstrapped…as the founder of bites and also it’s sole employee, Roza has a wonderful ASU intern assisting her with social media. bites went from idea and concept to launch in just 8 months.

JODI LOW is an accomplished corporate trainer, inspirational speaker, and the Founder and CEO of U & Improved. Jodi has trained thousands of entrepreneurs and executives on how to build a booming business, master a mindset for success, and achieve the lifestyle they desire through heart-fueled leadership.

Through U & Improved—an award-winning personal and professional leadership development company based in Scottsdale—Jodi has redefined traditional leadership training by creating a sustainable and actionable model that is personal, challenging and meaningful to each and every individual who enrolls in any of the two-and-a-half-day experiential training classes. She and her elite training team have advanced the charge in heart-based leadership development and empower U & Improved graduates with knowledge, tools and awareness to immediately be more effective and responsive leaders at work, home and within their communities. Among her many accomplishments as a Valley leader, Jodi launched a teen leadership program in 2014 to empower young adults to become more confident, motivated and focused stewards of our future. In 2016, she created a non-profit arm of the company—the U & Improved Leadership Foundation—that makes the program more accessible to deserving teens.